The Indian Navy has announced the launching of the first two of a new class of five Offshore Patrol Vessels (OPVs). Three more of the class are expected by the end of the year.

Within the Indian Navy, these are unique in that they are being built by a private, rather than a government, shipyard.

Wikipedia reports that these vessels are 110 meters in length (Same as the Offshore Patrol Cutter) with a displacement of 2000 tons (this appears to be light displacement). They are armed with  an OTO Melara 76mm super rapid gun mount (SRGM) and two 30mm AK-630M six barrel Gatling guns. It is powered by twin diesels 18,200 kW (24,400 HP) for a maximum speed of 25 knots.

India has both a Coast Guard and a Navy, and both operated Offshore Patrol Vessels. The Coast Guard was established in 1978 and operates under the Ministry of Defense. Indian CG OPVs tend to be more lightly armed than their Navy counterparts. 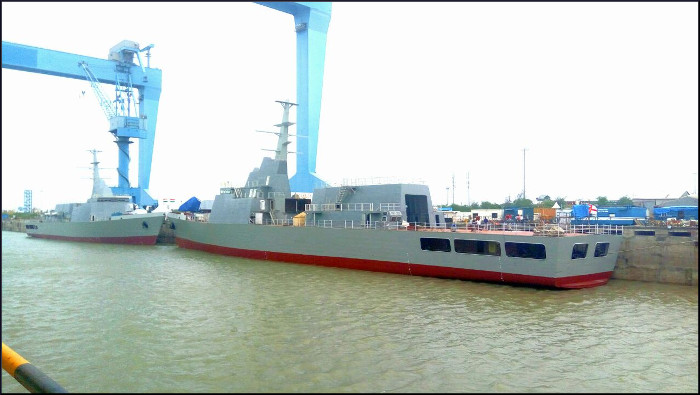