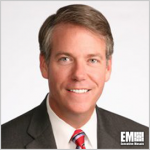 The Navy Times reports Senate approval of appointment of four Pentagon Assistant Secretaries, including a retired Coast Guard Commander, Tom Harker, who will serve as Comptroller of the Navy.

“Thomas Harker of Virginia to be an Assistant Secretary of the Navy, Financial Management and Comptroller.  Mr. Harker currently serves as Associate Deputy Assistant Secretary of Financial Policy for the Department of Veterans Affairs.  Mr. Harker served in a mixture of operational and financial management tours before retiring from active duty as a Coast Guard commander in 2012.  Since retiring from active duty, he spent two years in public accounting before returning to the Coast Guard as a civilian.  His final assignment on active duty before retirement was in the Executive Office of the President’s Office of Management and Budget.  Mr. Harker is a recipient of the Coast Guard Meritorious Service Medal, Commendation Medal, and Achievement Medal; the American society of military comptrollers distinguished award for business management; and the association of government accountants achievement of the year award.  Mr. Harker is a graduate of the University of California and received his masters of business administration from the University of Miami.”

According to Government Executive,

“His USCG career has included time as comptroller for the Integrated Support Command, business manager of the Buoy Tender Replacement Project and deputy chief for the Office of Financial Transformation and Compliance.”