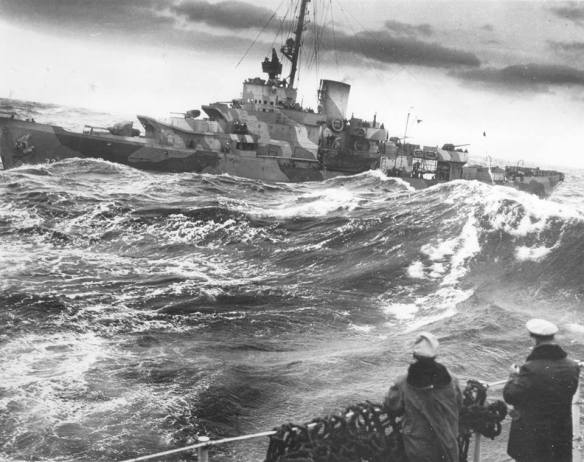 During my recent vacation I had time to read a bit of Coast Guard history, the book “Bloodstained Sea, The U. S. Coast Guard in the Battle of the Atlantic, 1941-1944,” by Michael G. Walling. copyright 2004.

It may not capture everything the Coast Guard did in the Battle of the Atlantic, in that there is relatively little mention of the 30 Destroyer Escorts and 75 Patrol Frigates manned by the Coast Guard, but it follows the exploits of the seven 327 foot cutters in great detail. It also talks a bit about the two U-boats sunk by 165 foot cutters early in the war. So the emphasis is on the desperate early days, before US industry supplied a glut of escort vessels.

When I was XO on Duane, one of those seven 327s, I had access to here War Diaries written 40 years earlier. (Hopefully they found a home somewhere safe.) They seemed to prove the adage that “war is months of boredom punctuated by intense terror.” Most of her convoys were uneventful, the exceptions are of course the story here.

There is an almost mind numbing recitation of ships sunk, lives lost, and lives saved. Attacks on U-boats were numerous, but sinkings were few. The cutters’ achievements in this respect were quite remarkable, but what caught my attention was the number of rescues in extremely adverse conditions. In almost every case there were attempts to rescue the crews of torpedoed ships even when it put the escorts in danger.

I recently saw some figures for the loss rate for US merchant seamen compared to that of the military. One in 26 merchant seamen were lost compared with something like one in 45 for the US military. Those rescue attempts, particularly in the early years before the U-boat threat was tamed, must have been essential to maintain the morale of merchant seamen and their willingness to undertake another voyage.

Currently we are short of American flag ships and perhaps even shorter of American merchant seamen to sail them. 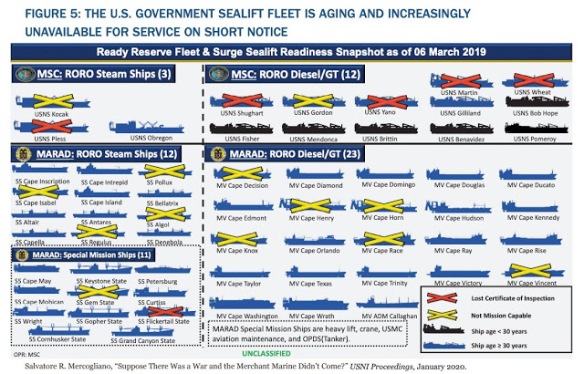 Less than two years ago, MARAD was told, ‘You’re on your own’: US sealift can’t count on Navy escorts in the next big war.

OK, its bad enough that there may be no escorts defending your ship, but that also means if your ship sinks, there is no one to rescue you. We can’t afford to loose the few mariners we have and we can’t put them in a situation where they have no hope of rescue if their ship is sunk. A cutter with helicopter might be a viable rescue vessel.

As noted before, I think convoy escort would be a good wartime role for upgraded National Security Cutters and Offshore Patrol Cutters.

Fortunately it does seem the Navy has at least begun to think about escorting convoys again, but all the corporate knowledge is buried somewhere in dusty vaults.  They need to pull up lessons learned from the Cold War “Reforger” exercise series. The new exercise is under 2nd Fleet in the Atlantic, but frankly I think we need to worry more about the Pacific. Chinese nuclear submarines, that are at a disadvantage relative to their American counterparts, could do a lot of damage to the sea lanes in the mid-Pacific and even operate off the US coast, tying up fleet assets needed in the Western Pacific. .

A word about the upcoming movie Greyhound:

I look forward to the movie “Greyhound” staring Tom Hanks, who also wrote the screen play. It is based on one of my favorite books, “The Good Shepherd,” by C. S. Forrester, also author of the Horatio Hornblower series.

Remember, if you see it, that in 1942, the flagship for a US led mid-ocean escort group in the North Atlantic would have been a Coast Guard 327 foot cutter, usually USCGC Spencer, not a well armed US Navy destroyer, and its captain would have been a Coast Guard Officer. Early in 1942 he would also have been in charge of the escort group, but in May 1942 a Navy Captain was placed in charge of the escort group. Except for short periods, this was Capt. Paul R. Heineman. That split the responsibility, allowing the CO to concentrate on fighting his own ship. 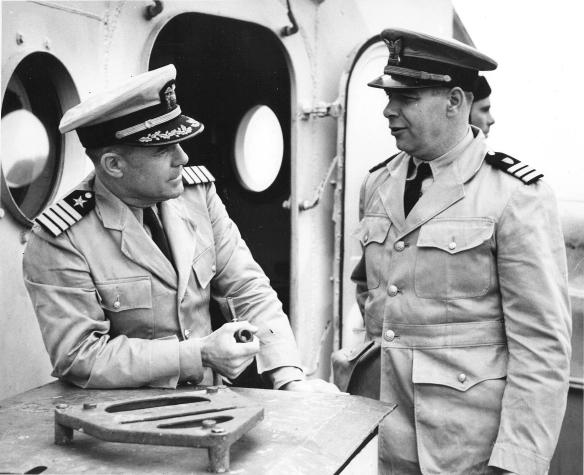 13 thoughts on ““Bloodstained Sea” –a Book Review, and more on Convoys”