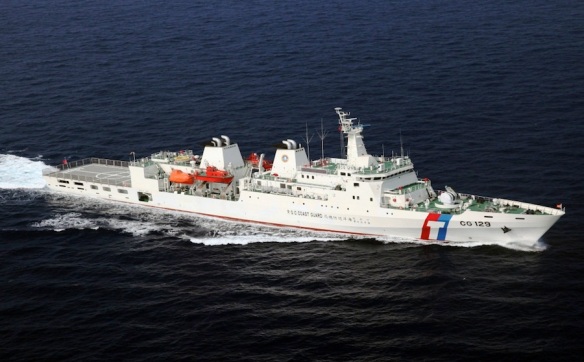 BairdMaritime has a column suggesting China is training for an  “…invasion of Pratas Reef (Dongsha), a Taiwanese-garrisoned outcrop, situated some 170 nautical miles southeast of Hong Kong.” Possibly “…followed by an attack upon another Taiwan-manned islet, namely Taiping (Itu Abu), the largest and most habitable of the Spratly islands in the SCS. The two Taiwanese outposts, which are manned by Taiwan Coast Guard Administration (TCGA), retain some strategic value, particularly as both feature airfields, but the main advantage to be reaped by the PRC by their seizure would probably be political.”

That they feel the US will not intervene because, “the US Congress’ Taiwan Relations Act requires the US to come to the aid of Taipei in the event of a PRC attack on Formosa, or the Pescadores (Penghu), situated in the Taiwan Straits, but excludes Taiwan’s more distant territories.”

Certainly any such attack, if successful, and unopposed by the US would seriously undermine American credibility as an ally, regardless of the specifics of US formal obligations to Taiwan.

4 thoughts on “China, Ready to Pick the Low Hanging Fruit?”