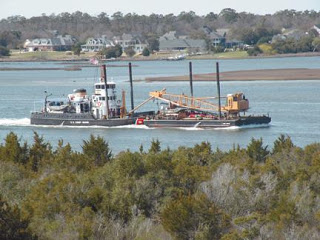 The Acquisition Directorate reports they have released a draft request for proposal (RFP) to “design a River Buoy Tender (WLR) and an Inland Construction Tender (WLIC) – two variants of one design – and build 16 WLRs and 11 WLICs.” I have duplicated their post below:

The Coast Guard released a draft request for proposal (RFP) July 29, 2020, for detailed design and construction of the river buoy and inland construction tenders as part of its Waterways Commerce Cutter acquisition program. The draft RFP is available here.

The Coast Guard is recapitalizing its 35 river, construction and inland buoy tenders, which collectively average more than 55 years in service. The fleet is responsible for maintaining more than 28,200 marine aids throughout 12,000 miles of inland waterways, facilitating the movement of 630 million tons of cargo annually.

There are currently 18 river buoy tenders and 13 construction tenders in the inland tender fleet. Based on extensive analysis of mission needs, the Coast Guard plans to replace these ships with newly designed river buoy tenders and construction tenders that have greater endurance, speed and deck load capacity than their predecessors. The Coast Guard plans to acquire these two variants on the same contract due to major design commonality including hull form, deck layout and standardized equipment. The inland buoy tender replacements will be acquired separately.

Replacing the aging fleet is critical to sustaining the overall safety of the U.S. Marine Transportation System, which accounts for $5.4 trillion of economic activity annually and sustains approximately 30.7 million jobs.

For more information: Waterways Commerce Cutter program page. Additional resources and previous industry engagement materials can be located under the “Resources” tab at the bottom of the page.