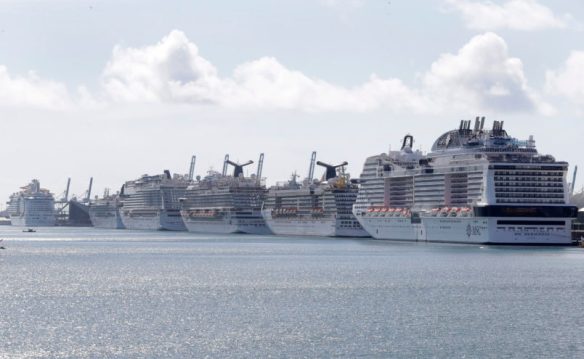 August 28, 2020
This month, NOAA, representing the Department of Commerce, and together with the Department of State became the two newest principal members of the Maritime Domain Awareness Executive Steering Committee.

The committee is tasked with carrying out the National Strategy for Maritime Security as well as Presidential Policy Directive 18: Maritime Security. There is a strong connection between maritime and economic security, so the group focuses on:

The committee originally included principal members from the Departments of Defense, Transportation and Homeland Security, along with the designated maritime member of the intelligence community from the National Maritime Intelligence-Integration Office. The addition of NOAA and State representatives is the first expansion of the committee since its formation in 2010.

“We are pleased to join the executive steering committee and assist in ensuring our nation’s maritime security,” said retired Navy Rear Adm. Tim Gallaudet, Ph.D., assistant secretary of commerce for oceans and atmosphere and deputy NOAA administrator. “NOAA’s expertise in countering illegal, unreported and unregulated (IUU) fishing, autonomous systems, artificial intelligence, as well as big-data analytics, charting, exploration, and ocean and weather observations will be a valuable addition to the committee’s work.”

NOAA’s proficiency in collecting and analyzing large data sets has made it a world leader in many fields including weather prediction and understanding the marine environment. Expanding data collection capabilities by deploying autonomous marine systems and leveraging partnerships with private sector organizations gives NOAA an important perspective of the maritime domain.