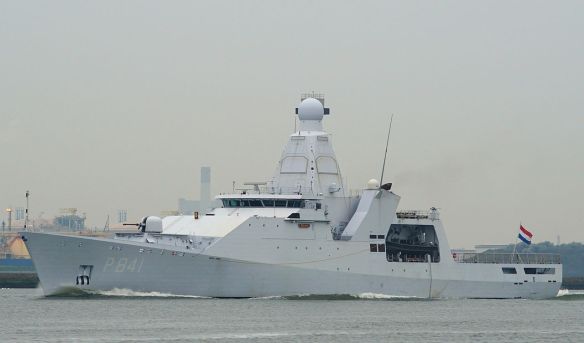 Naval News reports that the Dutch Navy is going to install a Hull Vane device on the stern of a Holland Class Offshore Patrol Vessel, HNLMS Zeeland (P841), during its next major maintenance . This is a large offshore patrol vessel, almost as large as the Offshore Patrol Cutter or the Bertholf class NSCs. Perhaps significantly, like the NSCs, it has a stern ramp.

The Hull Vane is an 11-meter-wide hydrofoil installed below the stern of the ship. The biggest advantage is the 10% fuel saving it provides. With a reduced resistance, the ship can also achieve a higher top speed with the same engine power. In addition, the modification ensures a reduced wake and therefore fewer waves. This is tactically important, because the ship is less visible from the air.

In addition to the tactical and cost-saving advantages, there is also an operational gain: the Hull Vane means that the aft deck fluctuates less and the helicopter deck is more stable. This makes it easier for the helicopter to land. RHIB boats can also more easily embark and disembark on the slipway. Finally, the modification reduces slamming and therefore increases the comfort for passengers.

If this does half of what is claimed, it would be worth looking into. I’m sure the Dutch would be happy to share their results. We have talked about this innovation a number of times. Here in 2015 after initial studies and modeling. Here in 2017 after a conference presentation. Finally in 2018 after a French patrol vessel was fitted with the device. Results of that modification included a “comparison with the benchmark sea trials – conducted in January in exactly the same conditions – by CMN’s sea trial team showed a reduction in fuel consumption of 18% at 12 knots, 27% at 15 knots and 22% at 20 knots. The top speed increased from 19.7 knots to 21 knots.”

There is a lot of good information in these earlier post and the associated comments. 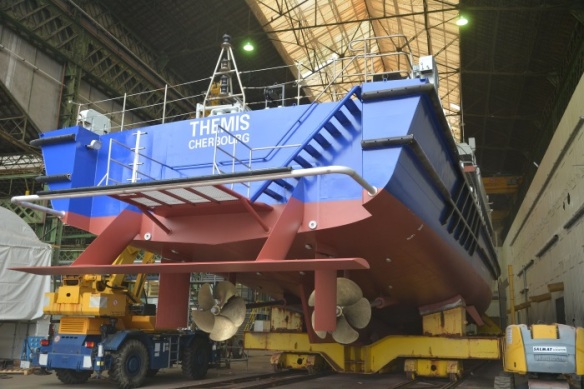