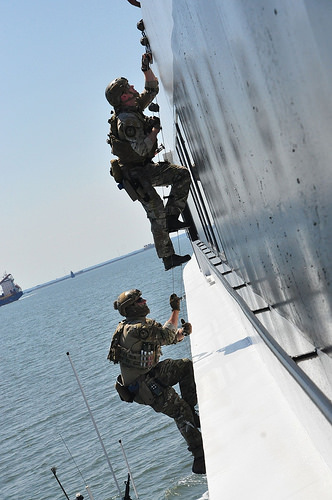 What I noticed in the descriptions of these groups, is that the Coast Guard’s qualification process is the longest, “almost 18 months,” while the other four groups seem to rely heavily on recruiting former military special operations force members. DEA’s course is only two weeks in addition to prior training.

4 thoughts on ““The Pentagon isn’t the only one with special operators. Here are the 5 most elite forces outside the Defense Department” –Business Insider”