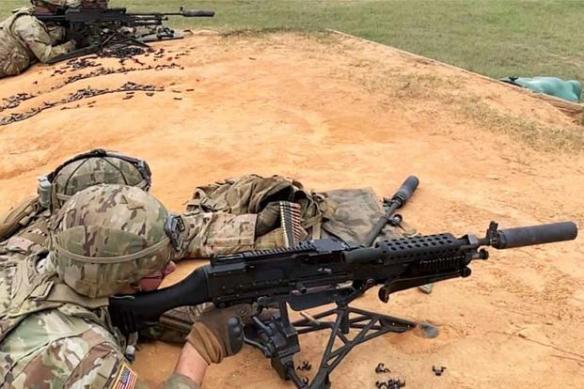 Military.com reports that the Army is testing a new suppressor for the M240 machine gun that appears both durable and effective.

“This may be one that we recommend that a unit buy and do some sort of evaluation long-term,” Davis said. “We do know that with the gun firing, it brings the noise down. … You can fire the M240 and have a conversation right next to it.”