After a long history of importing warships, about three decades ago, Turkey began to develop their indigenous defense industry, first with European assistance but now increasingly they handle all phases from design to fitting out. They are currently building corvettes and frigates and an LHD with assistance from Spain’s Navantia. They plan to build destroyers in the near future.

Turkey has begun exporting defense products. Their armed drones have become famous in the conflict in Ukraine. They are exporting corvettes to Pakistan.

Naval News reports Turkey has begun a program to build ten offshore patrol vessels (OPVs) for the Turkish Navy (video above). While the illustrations show a heavily armed vessel, the actual armament is not reported and these ships will reportedly be fitted for but not with some of these systems. Key data:

Naval News reports that Turkey is expected to build six 283 foot, 2,000 ton Offshore Patrol Vessels for the Philippines. (video above) 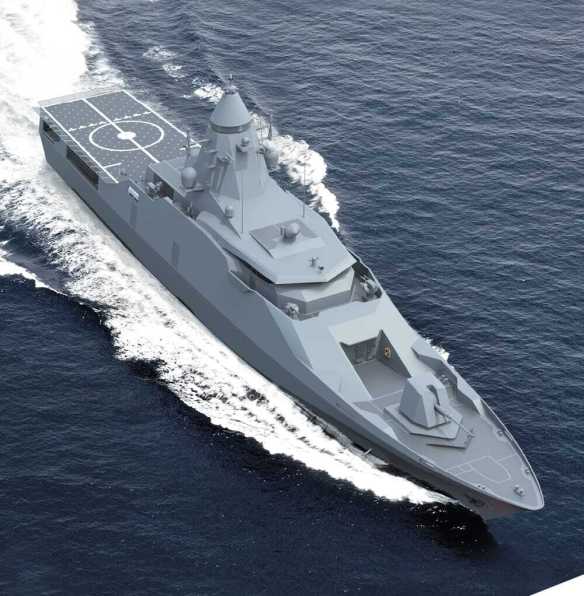 In November 2021, Overt Defense reported, this contract with Nigeria.

According to a statement released by the Nigerian Navy on November 3, a contract was struck with the Turkish Dearsan Shipyard for the purchase of two OPV 76 Class Offshore Patrol Vessels to meet the Nigerian Navy’s needs…The Offshore Patrol Ship 76 has a length of 76.80m (252′–Chuck), a width of 11m and a draft of 2.9m. The OPV is equipped with a 76mm Leonardo Super Rapid Gun, a 40mm Leonardo Light Marine Gun, two 12.7mm Stabilized Automatic Machine Guns, two 12.7mm Manual Operation Machine Guns, and two SAM SIMBAD RC short-range, anti-air self defence systems, and has a top speed of 28 knots and a range of 3,000 nautical miles.