Below is a District 17 news release (HQ Juneau). The Chinese cruiser referred to is a Type 055, NATO designation Renhai class. The USN considers it a cruiser, but it is considered by many a large destroyer. 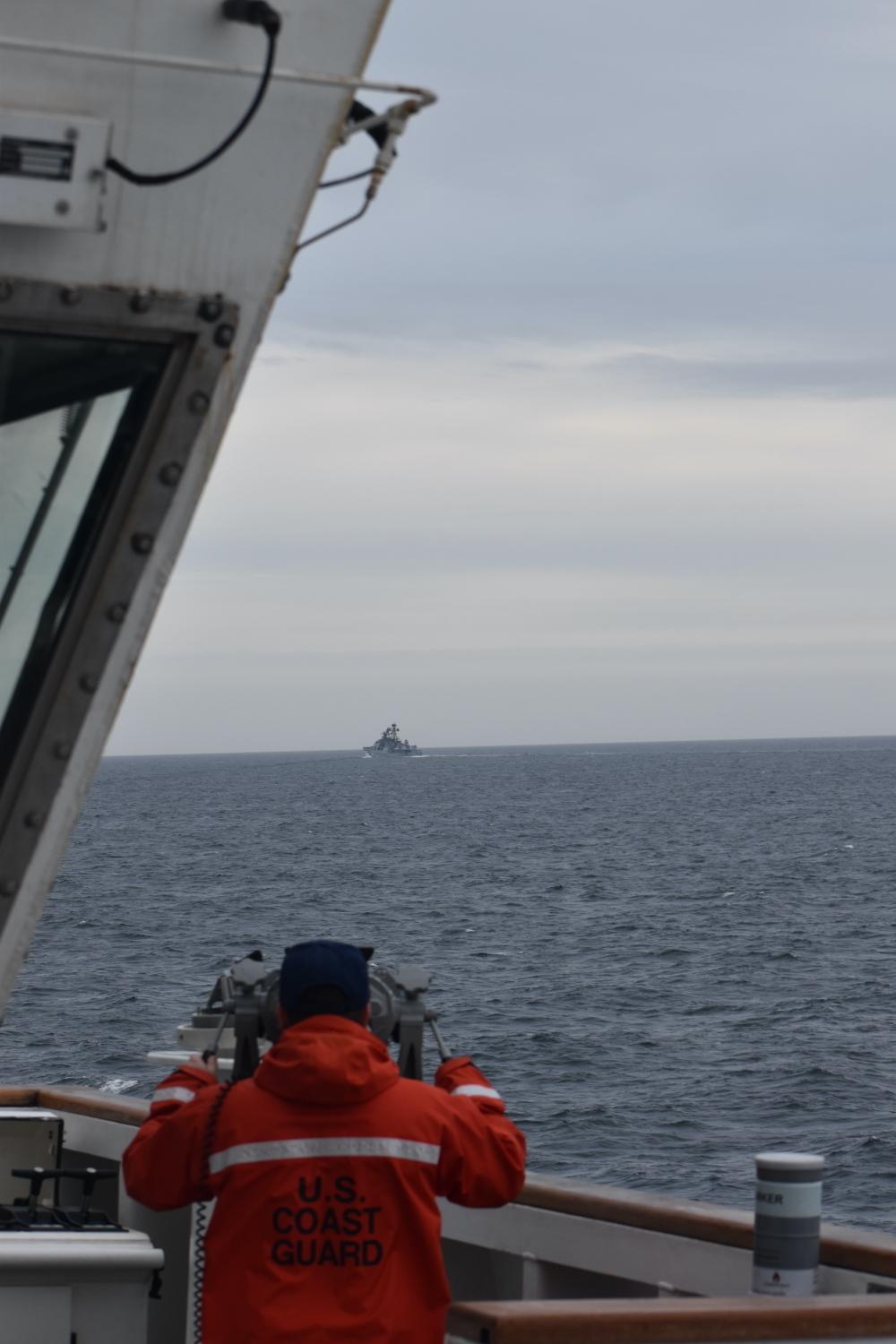 The Kimball crew later identified two more Chinese naval vessels and four Russian naval vessels, including a Russian Federation Navy destroyer, all in a single formation with the Renhai as a combined surface action group operating in the U.S. Exclusive Economic Zone (EEZ).

As a result, the Kimball crew is now operating under Operation Frontier Sentinel, a Seventeenth Coast Guard District operation designed to meet presence with presence when strategic competitors operate in and around U.S. waters. The U.S Coast Guard’s presence strengthens the international rules-based order and promotes the conduct of operations in a manner that follows international norms. While the surface action group was temporary in nature, and Kimball observed it disperse, the Kimball will continue to monitor activities in the U.S. EEZ to ensure the safety of U.S. vessels and international commerce in the area. A Coast Guard Air Station Kodiak C-130 Hercules air crew provided support to the Kimball’s Operation Frontier Sentinel activities.

“While the formation has operated in accordance with international rules and norms,” said Rear Adm. Nathan Moore, Seventeenth Coast Guard District commander, “we will meet presence-with-presence to ensure there are no disruptions to U.S. interests in the maritime environment around Alaska.”