Tip vortices – conventional versus Kappel. Tip vortices are tubes of circulating
water that are formed at the tip as the propeller generates thrust.

gCapatain has photos of a new type of propeller.

Although I have a hard time seeing it in the photos, this shape is similar in concept to the upturned wing tips that now common on commercial aircraft. Propellers are after all, really just wings that rotate around a central hub. Having seen this, I now wonder why we haven’t seen this before.

Diagrams of fluid flow over a airfloil section usually show a linear flow from the leading edge to the trailing edge, but actually there is also a span-wise flow that spills off the tips and creates vortices. They add drag and increase noise. 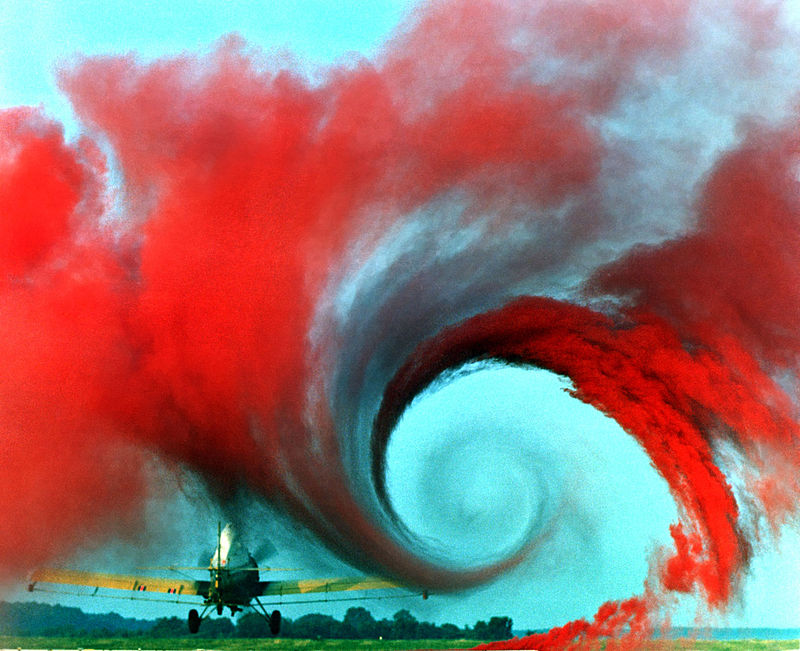 Photo: The air flow from the wing of this crop duster is made visible by a technique that uses colored smoke rising from the ground

Of course the reason the airlines use these devices is to improve fuel economy. The principle also works for propellers.

5 thoughts on “Innovation in Propellers”