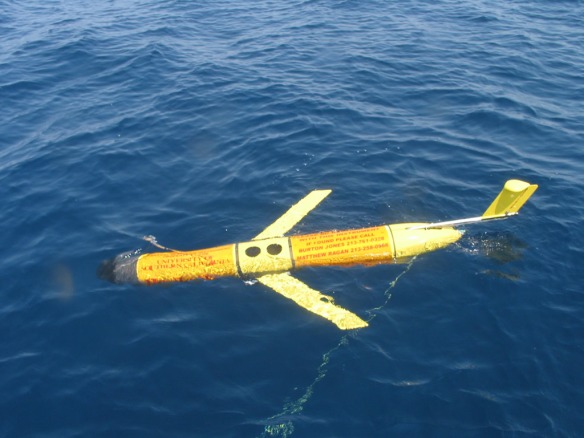 A U.S. Navy glider similar to one seized by Chinese forces. US Navy Photo

The US Naval Institute News Service is reporting,

“The glider was operating with U.S. Military Sealift Command ship USNS Bowditch (T-AGS-62) about 50 miles off of Subic Bay in the Philippines when a People’s Liberation Army Navy ship took the glider both defense officials said.”

Perhaps this will prompt some rethink on the Anti-Submarine Warfare Continuous Trail Unmanned Vehicle, or ACTUV. Maybe a self destruct option is in order.