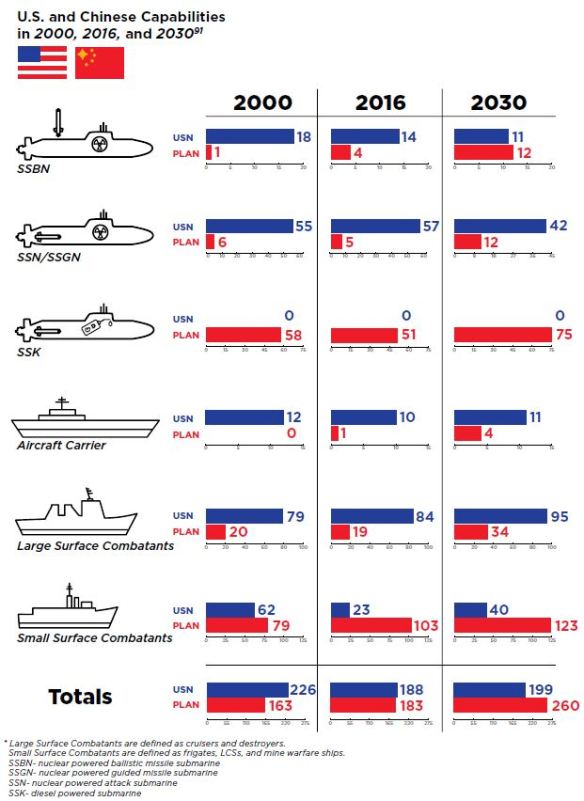 Found this graphic on the US Naval Institute Blog.

Considering that the US Navy is spread all over the globe, with responsibilities in the Atlantic as well the Pacific, while the Chinese Navy will be concentrated in the Western Pacific, far from American Naval bases with the exception of a small number of units in Guam, Japan, and possibly Singapore, the Chinese Navy is likely  to enjoy a considerable local advantage, particularly early in any conflict.

In peacetime, it takes three CONUS based ships to maintain one in the Western Pacific. That would improve in wartime, but the Chinese would always have an advantage. Not to mention Chinese land based air and missiles.

Is there anything the Coast Guard can do to mitigate the coming imbalance in the Western Pacific?

It could be worse if US vs both China and Russia.