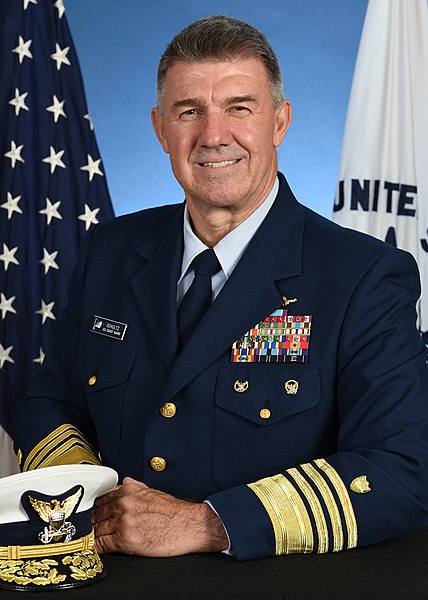 These two paragraphs pretty much sum up his stance.

““My intention would be to not deviate too much,” he said. “Obviously, every change brings some different thinking, different ideas, but at our core it’s … steady as you go with trying to pick up speed a little bit.”

“As part of his guiding principles over the next four years, Schultz — who took over in June — said he is focusing on making the Coast Guard a ready, relevant and responsive service.”

He intends to push readiness in terms of operating budget.

“While the service is replacing many of its aging assets, it still has 50-year-old cutters in operation, he noted. Those vessels are expensive to maintain and the newer ships coming down the pipeline will be costly as well, he added.”

Of the new cutters, only National Security Cutters look like they might actually cost less to run than the vessels they replace, based on their smaller crew, but even that is questionable. The Webber class and the Offshore Patrol Cutters are much larger, more powerful, and have larger crews than the 110s and WMECs they will replace. While we may end up with fewer NSCs than 378s (10 v 12) and fewer OPCs than WMEC (25 v 28) it looks like we will have substantially more FRCs than 110s (only 41 WPB 110s were operational when the FRC program began and it looks like we will get at least 58).

The piece goes on to discuss icebreakers and the “waterways commerce cutter” (inland tenders). Additionally, don’t expect any change in the Coast Guard’s commitment to drug interdiction, “…we’re all in.”