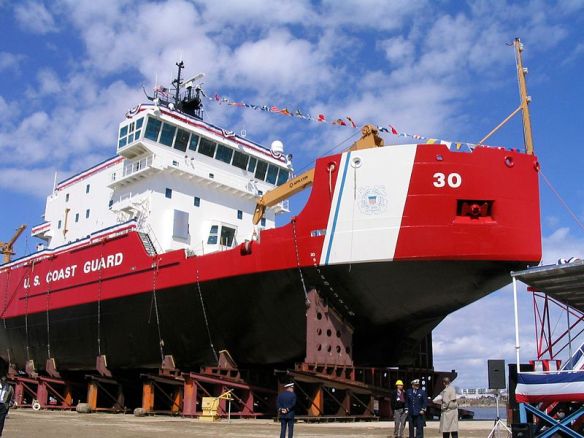 “The Great Lakes-St. Lawrence shipping industry is calling for at least five new icebreakers to be part of the (Canadian–Chuck) federal government’s recent announcement of $15.7 billion for Canadian Coast Guard fleet renewal.”

This appeal was addressed to the Canadian government, but we can expect to hear continued appeals for more USCG icebreakers on the lakes as well.

“Canadian and U.S. Coast Guard crews worked tirelessly during the Great Lakes spring break-out, but were hampered by the age and condition of the fleets at their disposal. Two U.S. Coast Guard icebreakers were out of service in March and a Canadian icebreaker assigned to Lake Superior was only able to operate at 60 per cent of capability and was idled in April due to mechanical issues.”

Congressmen from states bordering the Great Lakes have been asking for more icebreakers for years. There was $5M in the FY2019 budget to start work on procurement of a Great Lakes icebreaker at least as capable as USCGC Mackinaw.

There is an indication that the system may be expanded and the navigation season extended,

That economic contribution is only set to increase as ports and their customers invest in increasing the capacity of the waterway as well as looking at options like lengthening the navigation season of the St. Lawrence Seaway.