The US Naval Institute Proceedings for Sept has a short article by By Captain Lawson Brigham, U.S. Coast Guard (Retired) advocating development of a deep-water port in Nome, Alaska.

Interest in a deep draft port in northern Alaska has been expressed in Congress, by the Secretary of the Navy, and the Commandant of the Coast Guard. Earlier we talked about the possibility of locating this facility at Port Clarence.

Port Clarence actually seems the larger natural harbor and has some infrastructure, including a runway, left over from when there was a Coast Guard LORAN station there. Nome (terminus for the Iditarod dog sled race) has a much larger population (about 3800 vs 24) and would require less supporting infrastructure development. 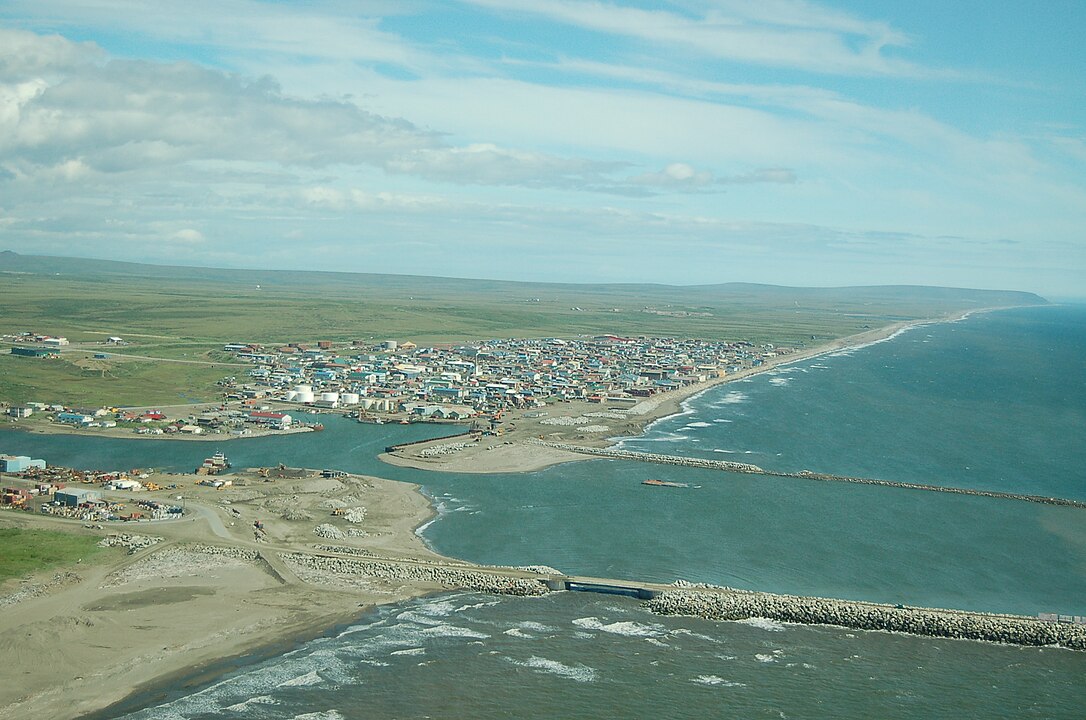 In any case it seems likely that the ability to control the Bering Strait will become strategically important some time in the future. Both are within 160 miles of the Russian side of the Strait, with Port Clarence being about 50 miles closer.

Alaska and the Bering Strait

Until that time, it seems likely that the Coast Guard may establish a seasonal air station.