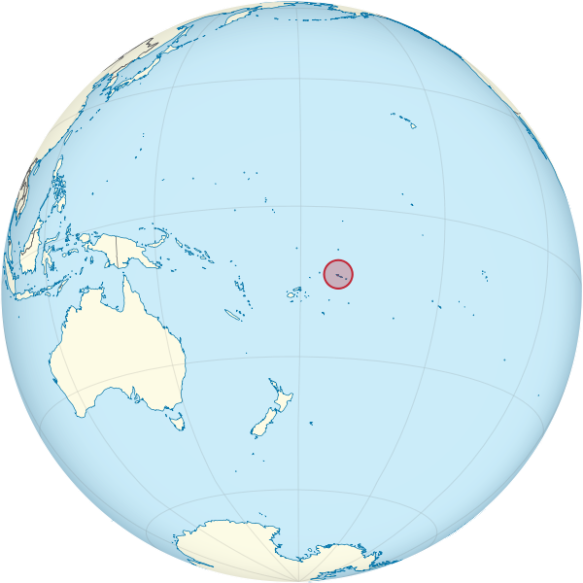 Samoa. Photo Credit: TUBS, This vector image includes elements that have been taken or adapted from this: Polynesian triangle.svg (by Gringer).

Below is a press release in full. I don’t normally report routine operations, but this seems a bit out of the ordinary, and part of a renewed interest in the Central and Western Pacific. It is also another demonstration of the capability of the 154 foot Webber Class cutters (“traveling between Honolulu and American Samoa, 2,300 miles in nine days, without refueling en route”). It also demonstrates the multi-mission capability of the large buoy tenders.

Coast Guard Day in the South Pacific. The command from USCGC Walnut (WLB 205) conduct an exchange with peers on HMNZS Otago (P148) discussing mission, challenges and comparing shipboard life in the region while off Samoa Aug. 4, 2019. The Walnut and Otago crews are in the region combating illegal fishing, a part of promoting maritime governance and a rules based international order that is essential to a free and open Indo-Pacific. (Photo courtesy HMNZ Navy Lt. Samuel Murray/Released)