(These will be very large, about twice the size of a Bertholf class National Security Cutter and about three times the size of the ships they will replace. Because the Norwegian Coast Guard is structured as part of their Navy, other than a single logistics ship, these will be the largest ships in the Norwegian Navy.)

Now we have a report on their choice of boat handling equipment, in the form of a news release from Vestdavit. Not surprisingly they are using Vestdavit equipment, as they have consistently used equipment from this manufacturer, but it also appears, they, like many recent designs, will provide a multiple boat hangar or garage amidships, and for this they will employ Vestdavit’s MissionEase multi-boat transfer system 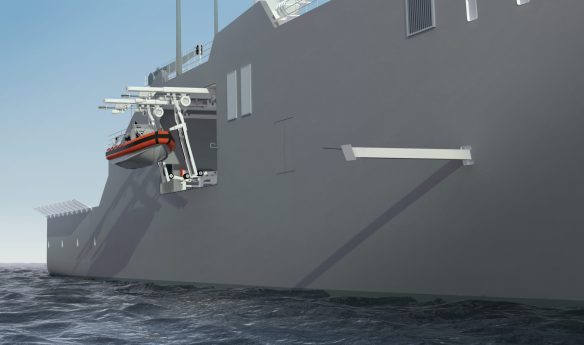 Each vessel will come complete with one telescopic TBD-10000L davit system plus two PLR-5003KV units, built to Vestdavit standards for minimum availability of 330 days a year up to upper Sea State 5, based on actual North Sea conditions 1958-2018. In line with the areas of operation envisaged, the davits will be winterized for full functionality in temperatures as low as -25deg C, as required in the Polar Code.

These systems should also permit launching of unmanned surface and sub-surface systems.

The Vestdavit PLR-5003KV units also specified within the contract are A-frame, all-steel davits with a 5 ton SWL, which will feature Vestdavit’s wave-compensation system and shock absorber system. The solution will feature 50m/min lifting and lowering speeds. The units installed are designed to handle FRBs of up to 8.5m in length.. 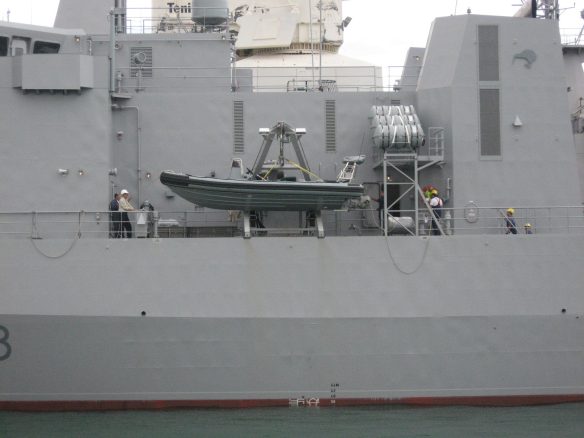