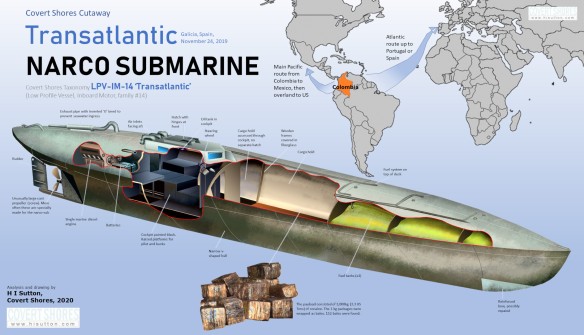 H. I. Sutton’s Covert Shores brings us information on a “narco-sub” recently interdicted off Galicia Spain and looks at its possible Eastern Pacific siblings. Check it out.