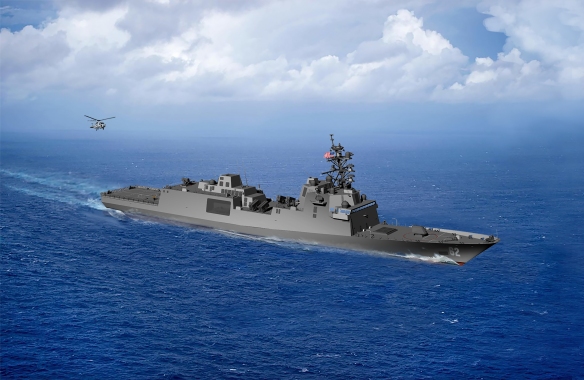 The Navy has announced that the contract for the first of the new FFG(X) class frigates has been awarded to Marinette Marine.

“Navy awarded a contract to design and produce the next generation small surface combatant, the Guided Missile Frigate (FFG(X)) today.  The contract for detail design and construction (DD&C) of up to 10 Guided Missile Frigates (consisting of one base ship and nine option ships) was awarded to Marinette Marine Corporation (MMC) of Marinette, Wisconsin, officials announced. “

One of the arguments for continuing the construction of the National Security Cutters (NSC) has been that it kept a production line open that might roll into production of the FFG(X). That is now no longer the case. The argument that we are replacing 12 ships, so we should build 12 is still valid to a degree.

Thanks to Secundius for bringing this to my attention.