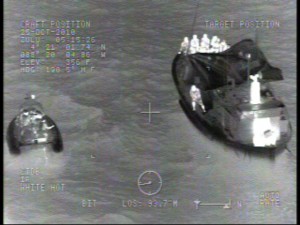 Naval News has a post that discusses the advances in FLIR technology over the last two generations.

FLIR has proven very useful. Hopefully we are keeping up with improvements.

Visiting aboard a Webber class WPC, there was a FLIR mounted in the Mast. I ask about it, and was told that it was not as good as the one incorporated in the Mk38 mod3 mount.