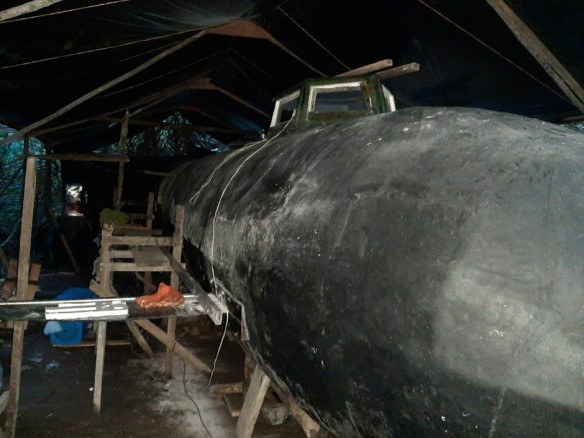 “Early indications are that it is a fully-electric device. It may have been intended to be towed some of the way.”

The Covert Shores post has some original art work that better reveals the configuration along with more photos.