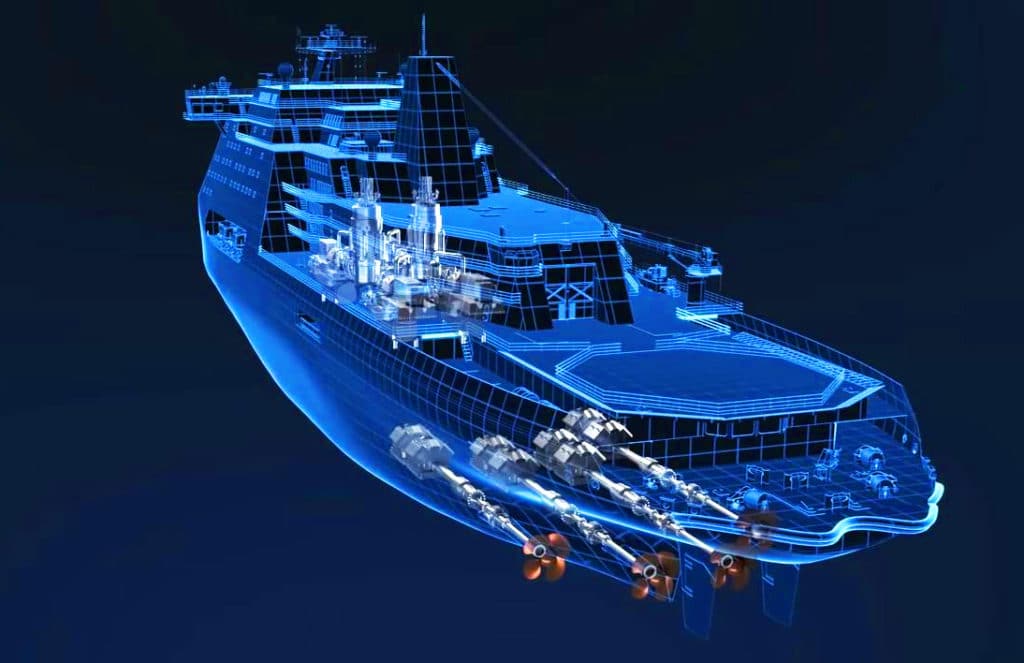 Note the two nuclear reactors are located high in the ship.

Naval News reports the first of the Russian Project 10510 Leader-class Nuclear-powered Icebreakers has been laid down. These ships dwarf the Polar Security Cutters. But perhaps of equal significance is that the new commercial shipyard where they are being built is on Russia’s Pacific coast.

Compared to the Polar Security Cutters (PSC), they are truly monsters, built with an eye to keeping the Northern Sea Route open year round. Not only are they far larger than any Coast Guard icebreaker, they are about twice as large and twice as powerful as the largest icebreakers currently in service, the nuclear powered Project 22220 Arktika class icebreakers.

While the PSCs should be able to break through ice of 6.5 feet (2.0 m) at a continuous speed of 3 knots, the Leader class will reportedly be able to maintain ten to eleven knots in the same conditions.

Significantly the shipyard in Bolshoi Kamen, on the Sea of Japan, near the Chinese and North Korea borders, where the Leader class are being built, is the Zvezda-DSME shipyard. DSME, Daewoo Shipbuilding Marine Engineering, is a South Korean company and one of the largest shipbuilding firms in the world. They are also a major defense contractor, building not only ships for the South Korean Navy but also submarines for Indonesia and underway replenishment vessels for the United Kingdom and Norway. They also built 15 LNG icebreaker/tanker ships for the Russians to use in the Arctic.