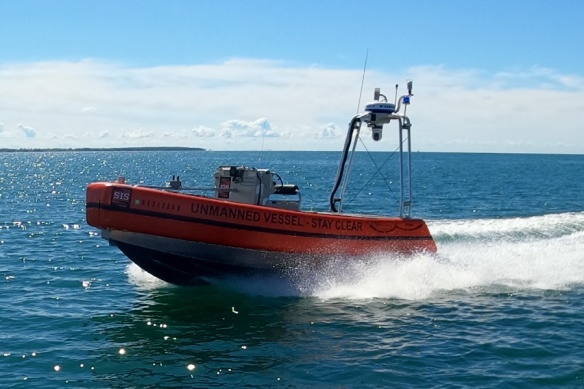 Seapower reports that the Navy has set up a task force within NAVCENT (the naval component of CENTCOM) to use and mature unmanned systems.

TF59 “is designed to integrate unmanned systems and AI. Task Force 59 is the first U.S. Navy task force of its kind … taking efforts from across the Navy, concentrating them here in a forward operating environment — a forward fleet — to gradually move toward development and integration.”

The Coast Guard’s PATFORSWA is part of NAVCENT. I can’t help but believe that they will be seen as the most convenient units to use to test some of these systems. The task force commander, Capt. Michael Brasseur, is a former Cyclone class Coastal Patrol CO, so he has certainly worked with the Coast Guard in the past.

The launch ramp in the stern of the Webber class might be useful for launching unmanned surface and subsurface vessels.

The Coast Guard might get some personnel experienced in working with unmanned systems as a result.