“TEKEVER has signed a new contract with the European Maritime Safety Agency for maritime surveillance by remotely piloted aircrafts. This innovative contract includes the deployment of lifeboats and many new sensors.”

I have to wonder if the capability is worth the trade-off? Most UAVs are weight constrained. To carry an inflatable boat would mean either less fuel or fewer sensors. Is this a capability that will be carried at all times, or is it an option to be loaded when needed? How often is this needed? Coast Guard aircraft frequently drop pumps, but I don’t remember hearing of their dropping life boats recently. In the European environment this may have something to do with the influx of migrants using unseaworthy craft.

The UAV they are using appears large in the photo, but it is actually smaller than the MQ-1 Predator. “The AR5 “has a maximum take-off weight of 180kg. It can reach a cruising speed of 100km/h with an endurance of 20 hours,” and has a SATCOM capability. A 20 hour endurance is good, but a 100 km/h (54 knot) cruise is relatively low.

On the other hand, they at least have a shore based UAS capability, something the US Coast Guard still does not have. 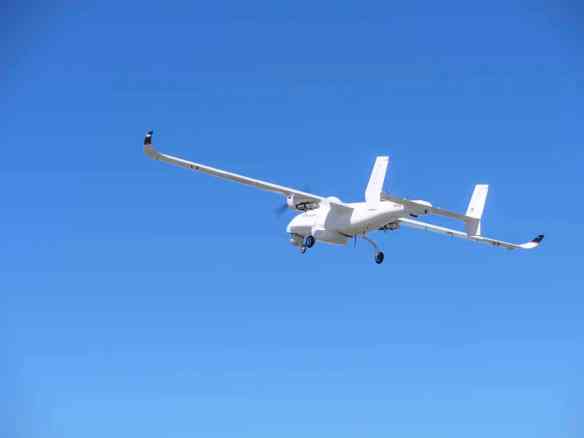