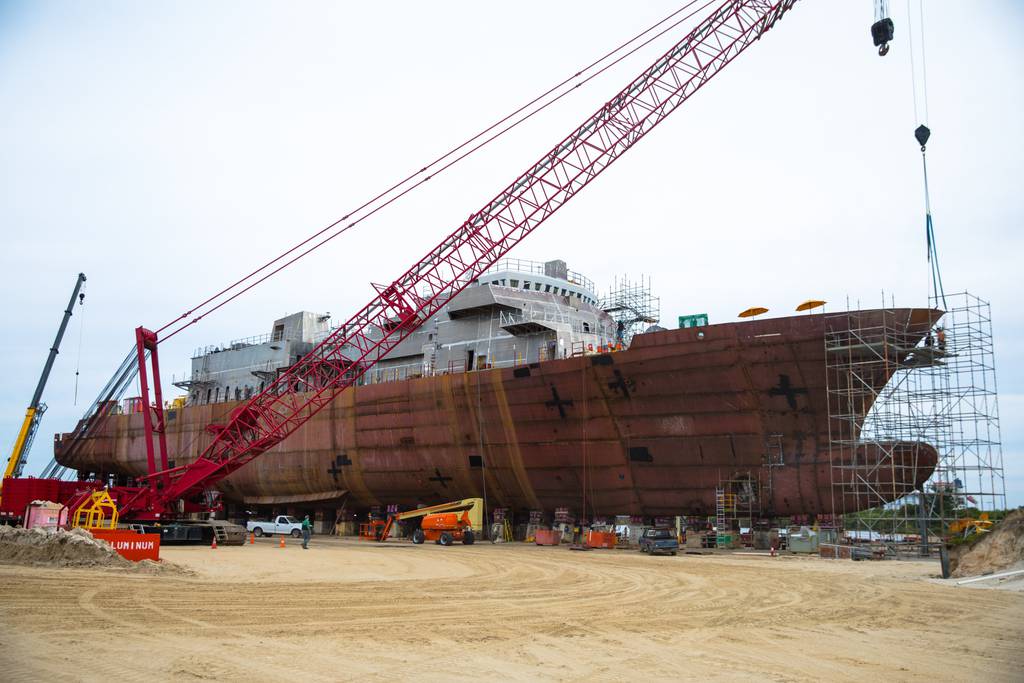 Defense News has a report of Eastern Shipbuilding’s hopes and efforts regarding phase two of the Offshore Patrol Cutter program.

I am a little surprised, it is taking as long as it is, to make a decision, two years after award of contracts to nine ship builder for industry studies (March 20, 2020), and about a year after the deadline for submission of proposals (May 28, 2021), but it certainly is an important choice.

Start of the OPC program contract was too long delayed in the first place. Then a hurricane delayed Eastern’s efforts about a year, and raised the cost. The decision to recompete the contract resulted in more delays, in that previous plans to move to funding two OPCs a year were pushed even further into the future. Instead of delivering the first three OPCs, one per year 2021-2023 and delivering two per year beginning 2024 through 2034; the current notional deliver schedule is one per year 2022-2028 and then two per year 2029-2037.

One potential benefit, if Eastern should be chosen for Phase II, is that they might be able to transition more quickly to building two ships per year. To some extent, that may be true of other yards as well, but Eastern’s product will presumably remain the same and a decision about its suitability to proceed to full rate production can be made years before the same is true of OPCs produced by other yards that will not be built to the same detail plans.