A convoy of Landing Craft Infantry (Large) sails across the English Channel toward the Normandy Invasion beaches on D-Day, 6 June 1944. Each of these landing craft is towing a barrage balloon for protection against low-flying German aircraft. Among the LCI(L)s present are: LCI(L)-56, at far left; LCI(L)-325; and LCI(L)-4. Photograph from the U.S. Coast Guard Collection in the U.S. National Archives. 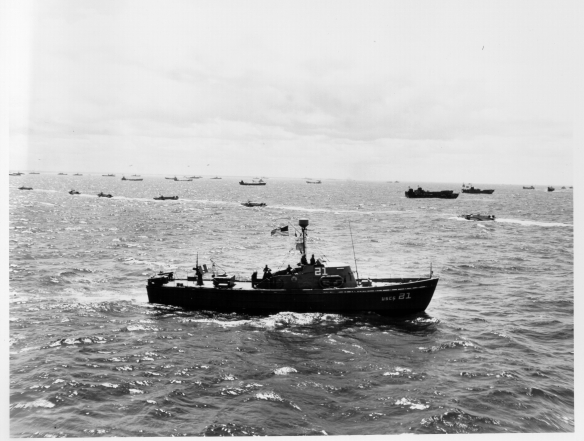