The Coast Guard Cutter Stratton passes underneath San Francisco’s Bay Bridge as Stratton and the crew depart on a months-long deployment to the Western Pacific in support of the U.S. Indo-Pacific Command, June 12, 2019. Operating under the tactical control of the U.S. 7th Fleet commander, Stratton and crew are scheduled to engage in professional exchanges and capacity-building exercises with partner nations in the Western Pacific and to patrol and operate as directed. U.S. Coast Guard photo by Petty Officer 1st Class Matthew S. Masaschi.

Below is a District 17 news release. This is a bit unusual, that a cutter–not an icebreaker, would be that far into the Arctic. This is about the time of minimum ice coverage in the Arctic. Read about Kaktovik, Alaska here. 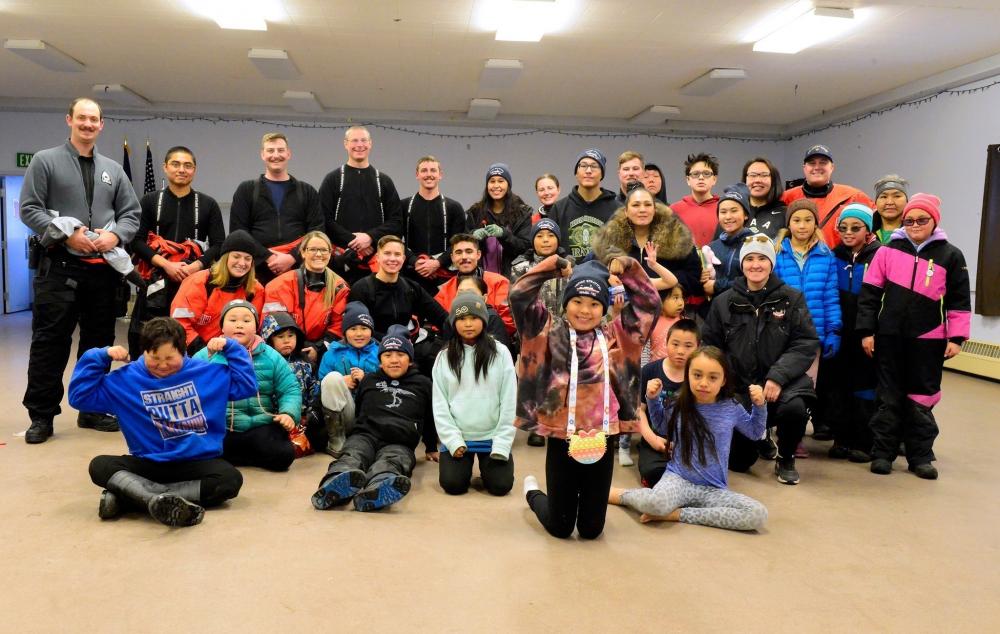 KAKTOVIK, Alaska — Crew members from Coast Guard Cutter Stratton (WMSL 752) met with key leaders October 1 in Alaska’s most northeastern tribal community, while on a patrol in the Arctic Ocean.

Members from Stratton visited Kaktovik, where they met with Mayor Flora Rexford. Stratton members also participated in a question-and-answer session with approximately 45 community members, including roughly 30 children. Discussion centered on life in the Coast Guard, job opportunities within the organization, motivations for joining, and the Coast Guard’s role in the Arctic region.

Community members offered samplings of muktuk and expressed interest in more Coast Guard engagement in the community, most notably in their schools.

“We are so fortunate to have had this opportunity,” said Lt. Augustus Manzi, combat systems officer aboard Stratton. “We were met with overwhelming generosity from the community. Tribal members spent time getting to know us better and educated us on their customs and way of life. It was an incredible experience.”

The Stratton team presented a plaque to the mayor, delivered hand-knitted blankets gifted by the Alameda Navy League, and offered personalized etched glasses, knit hats and ship memorabilia to community members and their children.

Kaktovik is on the northern edge of the Arctic National Wildlife refuge and home to approximately 300 year-round residents.

CGC Stratton is a 418-foot national security cutter (NSC) capable of extended, worldwide deployment in support of homeland security and defense missions. NSCs routinely conduct operations from South America to the Arctic, where their unmatched combination of range, speed, and ability to operate in extreme weather provides the mission flexibility necessary to conduct vital strategic missions.