NavyRecognition reports the French Navy has issued a Request for Information preparatory to procurement of six OPVs to operate from French overseas territories. They are seeking 22 knot vessels about 70 meters (230 feet) in length with facilities to support a vertical take off and landing (VTOL) unmanned air system (UAS). Given France’s recent history with OPVs these may look a lot like Offshore Supply Vessels.

Australian Shipbuilder Austal has been contracted to build two Cape Class OPVs (illustrated above) for the Trinidad and Tobago Coast Guard. These are 58 meter (190 foot) 25 knot vessels with a 4,000 mile range. Ten have already been built for the Australian Navy and Border Force.

It appears Austal’s yard in the Philippines may be building six 80 meter OPVs for the Philippine Navy. These would reportedly be based on the Cape Class Patrol Vessels, but would be much larger, have steel hulls, and helicopter support facilities (helo deck certainly, but not clear if that would include a hangar). 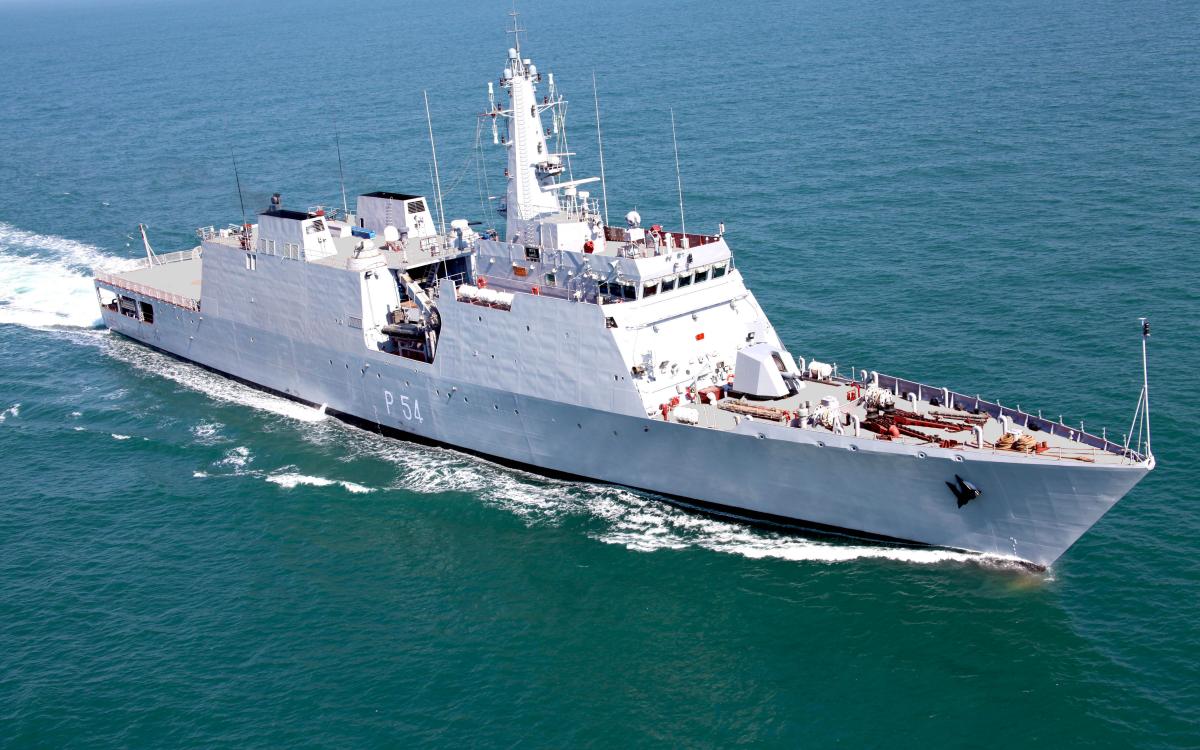 Indian Navy Photo: INS Saryu, the lead ship of her class of advanced offshore patrol vessels of the Indian Navy

India is planning to procure six “New Generation Offshore Patrol Vessels.” It sounds like these will evolve from the Saryu Class OPV which are 2,230 tons displacement, 344 feet in length, 42 foot of beam, with a 12 foot draft with a speed of 25 knots. The Saryus are armed with a 76mm Oto Melara gun and two Soviet designed AK-630, 30mm six barrel Gatling guns (just forward of the funnels in the photo). They also have a hangar and flight deck for a HAL Dhruv medium weight helicopter. The new ships should be at least equal in capability.

2 thoughts on “New OPVs for France, Trinidad and Tobago, the Philippines, and India”