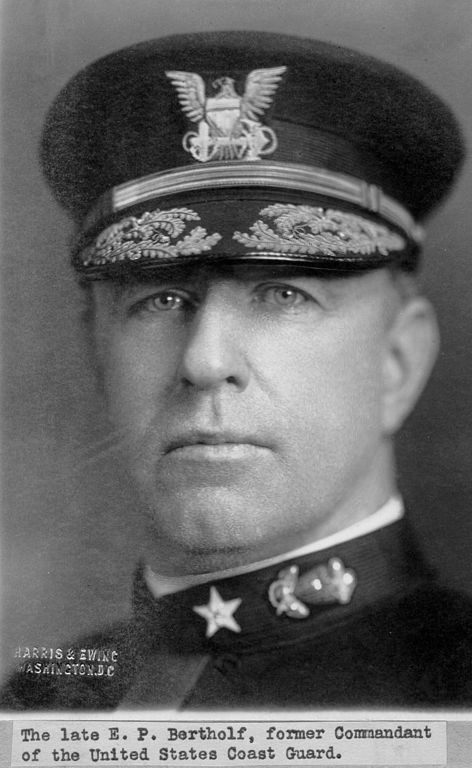 Today mark the 105th Anniversary of the formation of the US Coast Guard. “An Act to Create the Coast Guard” (Public Law 239) was signed into law on 28 January 1915.

Credit for this should go to Ellsworth Price Bertholf. First he saved the Revenue Cutter Service from being disassembled and then after WWI saved it from being absorbed by the Navy. He was one of three heroes of the Overland Relief Expedition. He died at age 55.

Did you know he was court marshalled and dismissed while a midshipman at the Naval Academy?