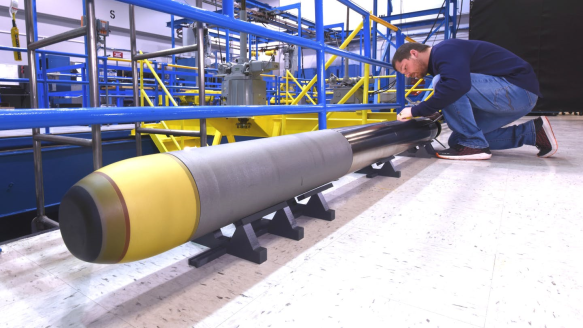 The Navy in January is expected to release a request for proposals to field its first completely new torpedo since the 1990s.

Northrop Grumman has announced its intention to enter the compact rapid attack weapon program, which will seek to find a manufacturer for the prototype of a lightweight torpedo developed at Pennsylvania State University’s Applied Research Laboratory.

This is a weapon we talked about earlier. In that report we learned that the Navy had a program of record to develop the weapon under the name Compact Rapid Attack Weapon (CRAW) in the FY2021 budget. The earlier post also includes a full description of the weapon.

In this new report we learn there is interest in the use of this weapon by the submarine community, the aviation community, and as a weapon for unmanned systems.

It can be used offensively or defensively as a countermeasure anti-torpedo (CAT).

Operators will be able to instantly load software into the weapon, giving it defensive or offensive capabilities shortly before being fired, he said.

If these can be used to destroy incoming torpedoes, we are going to want them on virtually every ship.

Might be helpful if the Coast Guard told the Navy they were interested in these as well.