Below is a pretty standard East Pacific patrol news release, except for the fact that this is Decisive’s final patrol. The old girl, one of the newest of the 210s, is going out after a successful patrol.

I suppose after the numerous delays, this was inevitable, but the first Offshore Patrol Cutter, the future USCGC Argus, isn’t even in the water yet. With the loss of Decisive, we will be down to 36 patrol cutters of more than 1,000 tons, same as in the current program of record. (Original program of record would have given us 33 NSCs and OPCs plus 58 FRCs for a total of 91. Current total in commission is 84 or 85, NSCs, FRCs, and WMECs). With the OPC program extending 15 years into the future, we may see the number of large patrol cutters drop even further.

I think we are now, and will be for the foreseeable future, seriously short of larger patrol cutters. Some of them may not have to be as big as OPCs, just need better range and seakeeping than the Webber class, but we will not have a good case unless we complete the new Fleet Mix study that reflects current mission requirement that Congress has been asking for. We really need to do this. 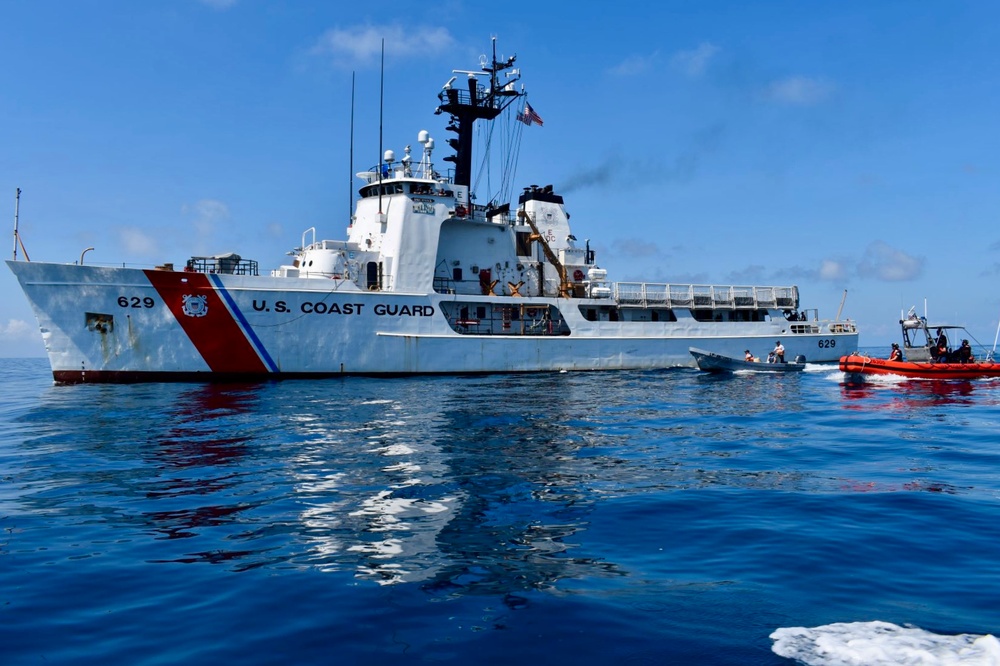 PENSACOLA, Fla. — The crew of the USCGC Decisive (WMEC 629) returned to their homeport in Pensacola, Friday, following a 33-day patrol in the Eastern Pacific Ocean, concluding 55 years of service to the Nation.

Decisive patrolled the Eastern Pacific Ocean in the Coast Guard Eleventh District’s area of operations. While underway, the Decisive’s crew supported the Coast Guard’s drug interdiction and search and rescue missions to promote safety of life at sea and deter the flow of illegal narcotics into the United States.

“The crew’s remarkable professionalism, competence and determination were on full display as we met the diverse challenges of operations at sea,” said Cmdr. Aaron Delano-Johnson, commanding officer of Decisive. “Whether it was conducting simultaneous boardings or our skilled engineers conducting voyage repairs in Panama, the crew exceeded expectations at every turn. After a successful, final patrol for Decisive, we are looking forward to returning home to our family and friends on shore.”

During the patrol, Decisive traveled more than 6,000 miles and traversed through the Panama Canal. By transiting the historic waterway, Decisive’s crew earned their Order of the Ditch certificates, a time-honored nautical tradition recognizing mariners who have crossed the Panama Canal between the Atlantic and Pacific Oceans.

Decisive is a 210-foot, Reliance-class medium endurance cutter with a crew of 72. The cutter’s primary missions are counter drug operations, migrant interdiction, and search and rescue in support of U.S. Coast Guard operations throughout the Western Hemisphere.