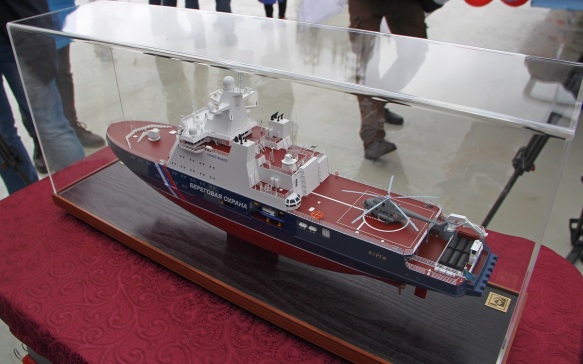 We have talked about this class before. Artist depictions of the class mounting containerized Kalibr cruise missile systems caused a bit of a stir, but we have yet to see containerized weapons on this class, nor have we seen Kalibr launched from containers against Ukraine. At this point, Russia may not have enough missiles to fully outfit its more capable combatants.

As I noted earlier, I really don’t think we need to mirror the Russian capability to put containerized missiles on our icebreakers, but the Polar Security Cutters will be valuable, almost irreplaceable auxiliaries, and unlike the Russians, we have very few icebreakers, so we need to be able to quickly upgrade their defensive capabilities.

These ships are in many respects similar to the Canadian Arctic Offshore Patrol Ships, but they are reportedly slightly faster at 18 knots and much better armed–but only to a level similar to the OPCs, unless containerized weapons are added. I expect our Artic Security Cutters may be more like these than the Healy, though they probably will be larger than the Russian ships.