“Artist rendering of containerized missile system for the Indian Navy. (Picture source: Defence Decode)” Note this same illustration was used to portray a Russian system and later a Chinese system.

“According to information published by the Indian MoD on December 17, 2022, containerised missile systems are being inducted by the Indian Navy to enhance operational capability and augment flexibility in operations.”

We have seen reports of similar containerized weapon systems before from China and Russia. We have seen artist concepts (and here) of containerized missile systems on Russia’s new Navy and Coast Guard icebreaker class (below), but we have not actually seen them mounted.

This is the first time I have actually seen a Navy actually state explicitly that such a system was being procured.

Why should this be of interest to the Coast Guard?

India has already demonstrated a willingness to mount missiles on their offshore patrol vessels, although it was essentially only a test.

A Dhanush missile launching from a ship.

The Coast Guard had only a minor role in this incident, but it does concern deck seamanship.

It also seems, the Navy is not holding itself to Coast Guard established industry standards and consequently may be putting the passengers, staff, and crew in unnecessary danger.

The commentator on the video is well qualified so his comments should be taken seriously.

This class is now very old. It is probably time for it to be replaced with ships that are better thought out.

U.S. Coast Guard Cutter Munro and Japan Coast Guard Patrol Vessel Large Aso, transit together in formation during a maritime engagement in the East China Sea Aug. 25, 2021. U.S. Coast Guard members aboard the Munro deployed to the Western Pacific Ocean to strengthen alliances and partnerships and improve maritime governance and security in the region. (Photo courtesy of Japan Coast Guard) 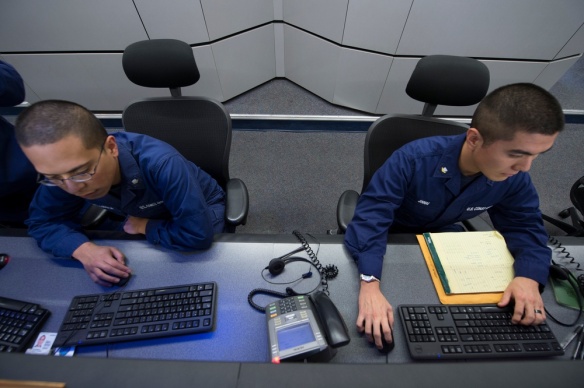 The Coast Guard is creating three reserve entities to strengthen its cyber capabilities, the service’s headquarters announced in an internal message.

The Advanced Precision Kill Weapon System, or APKWS, laser guidance kit designed by BAE Systems has been tested in a surface-to-surface role with a new highly versatile, multi-purpose warhead that is capable of taking on armor and other targets. The new warhead is provided by General Dynamics Ordnance and Tactical Systems. The test demonstrated added flexibility for not only the APKWS itself, which is most often employed in air-to-ground applications against more lightly armored targets, but also for all platforms that are capable of firing APKWS rockets. 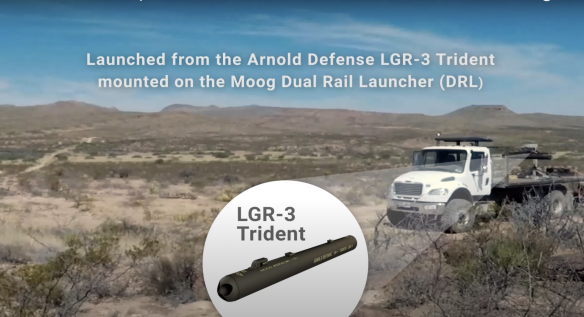 The report was quite complete, providing background and an update on the entire program.

If you have been reading this blog regularly, you know I think APKWS would be a good fit for the Coast Guard as a precision weapon that would be highly effective against small, fast, highly manueverable threats while minimizing the possibility of collateral damage. Its relatively new proximity fuse also makes it effective against Unmanned Air Vehicles which appear to be an emerging threat. APKWS might even be effective against small ships if used in quantity.

For larger threats Hellfire or its replacement, JAGM, would be a better choice, but because this is so much cheaper and available in larger quatities, it appears much more likely. APKWS would probably be a better choice for PATFORSWA where the threat includes large numbers of small craft and UAVs.

We may have seen the video below, but it does suggest that the system is suitable for the 85 foot Navy MkVI patrol boat, so its certainly suitable for cutters of similar size and larger.

Below is a post from MyCG. Above is a recitation of “Coast Guard Cutter Waesche’s Dance with Fire” by the author, Chief Petty Officer Melissa Mathis.

One author spoke of combating a shipboard blaze. Another reflected on standing watch.

Yet both winners of 2022 Eight Bells writer awards succeeded in capturing the teamwork and camaraderie that makes it special to be a cutterman.

Chief Petty Officer Melissa Mathis won the Eight Bells poem competition for “Coast Guard Cutter Waesche’s Dance with Fire”. Mathis, based in Alameda, California, was in the combat information center (CIC) when a fire broke out on board Waesche in September 2020. Her poem describes the feelings and experiences of crew members as they worked to control the damage and put out the blaze.

Chief Warrant Officer John O’Brien won the Eight Bells essay competition for “Four to Greats!”. O’Brien works as the main propulsion assistant aboard the Coast Guard Cutter Bertholf, also based out of Alameda. His essay took readers with him to stand underway watch in the engine room, conveying the excitement of a new day at sea.

Eight Bells – A Sea Service Celebration, has been held annually since 2017 to recognize and remember the hard work done by all who serve on cutters. This includes cuttermen, cuttermen-to-be, and those who work ashore to support cutters.

The ringing of eight bells signals the end of a watch. It is one of the traditions and routines that have bonded the afloat community together for 232 years.

This year’s celebration took place on Oct. 18. Members submitted 15 poems and essays from across the Coast Guard. A panel that included members from the Office of Cutter Forces, the Douglas Munro chapter of the Surface Navy Association board, and other esteemed cuttermen, judged the entries. The winning entries are posted on the CG-751 Portal page. (CAC required).

Ding Ding, We Have a Winner – Eight Bells: A Celebration of Sea Service

The 40PB shows its speed in this photo and is armed with a .50cal M2 heavy machine gun at the bow, 7.62mm miniguns and acoustic devices amidships, and a M240B at the stern. The radar, electro-optical camera, and FLIR are visible on the short mast above the cabin. Metal Shark photo.

The United States will send 40 armored riverine boats to Ukraine as part of the latest assistance package.

The riverine boats are part of a $400 million aid package announced Friday. It’s the second time the U.S. is sending riverine boats to Ukraine as part of ongoing assistance in response to the Russian invasion.

The type of boat was not identified. The last boats the US sent to Ukraine were 44 foot patrol boats built by Metal Shark. They are not armored but they can have armor panels installed.

The Coast Guard Cutter Oliver Berry conducts a patrol in and around American Samoa, covering 8,169 nautical miles. The crew sought to combat illegal, unregulated, and unreported fishing and other maritime threats across the Pacific to protect the United States and our partner’s resource security and sovereignty. (U.S. Coast Guard photo courtesy of the CGC Juniper)

Anyone who has spent any time afloat knows how important the cooks are to a ship’s morale.

The article reminds us that contracting out food preparation for shore units adversely affects coastie cooks sea/shore ratio and drive people out of the service.

There is also a bit of insight into what is necessary to allow Webber class WPCs to make those long Pacific deployments.

The FV Scandies Rose arriving in Kodiak, Alaska, in an undated photo. The fishing vessel sank off Alaska’s Sutwik Island in 2019, with the loss of five of seven crew members. Source: Gerry Cobban Knagin via NTSB

The GAO report concluded that the while the Coast Guard does make efforts to promote commercial fishing vessel safety, including through conducting dockside exams, engaging with industry, and collaborating with other federal agencies, it has yet to fully implement 17 of 22 statutory requirements enacted over the 10-year timeframe.

Plus there is a lot more.