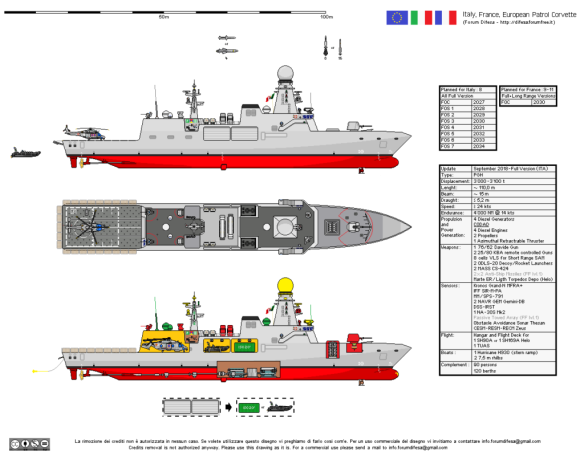 European Patrol Corvette, click on the diagram for a larger view.

Defense News reports that it appears likely that four European countries and perhaps more will join forces to build a class of 3000 ton patrol vessels.

The two firms (Italy’s Fincantieri and France’s Naval Group–Chuck) are hoping to match Italian and French navy requirements with a jointly built, modular vessel that can handle patrol and surveillance missions as well as taking second-tier roles in anti-submarine and anti-surface missions.

The vessels these ships are to replace, perform their respective countries offshore coast guard missions.

The project is one of many being supported by an EU initiative called “Permanent Structured Cooperation” (PESCO) that is to be supported by the entire EU community. It sounds like this may be heading toward a shipbuilding version of Airbus.

According to this report, Bulgaria and Portugal are also joining the program. 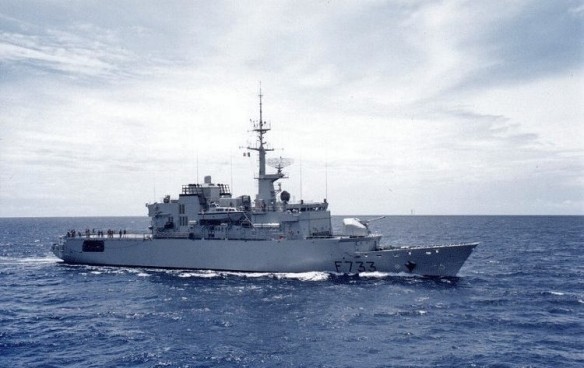 The French Navy intends to replace the six ships of the Floreal class. These “surveillance frigates” are scattered among France’s overseas territories. They have no ASW capability, but are equipped with a pair of Exocet anti-ship missiles (ASCM).

Italy expects to retire the ten ships of the Cassiopea, Sirio, and Commandanti classes 2022-2025. These ships are all about 1500 tons. They have neither ASW equipment or ASCMs.

The Greeks don’t seem to have any ships in this class, but may now see a need. 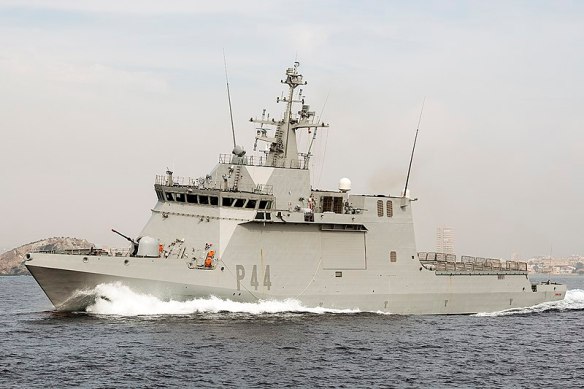 I was a bit surprised that Spain would join in this effort. They have their own OPV designs supplied by Navantia, and they have been doing pretty well. They have been produced a class of six referred to as BAM, and were expected to procure six more of the same class. In addition they have produced corvettes for Venezuela and have been contracted to produce five corvettes for Saudi Arabia. Navantia had teamed with Bath Iron Works to provide BIW’s proposal for the USCG OPC program, and they are on BIW’s FFG(X)  team. It may be that they feel they have to join now or risk being excluded in the future.

It appears they will be very close in size to the Coast Guard’s Argus Class OPCs, being the same length (110 meters or 360 feet) and only slightly narrower.