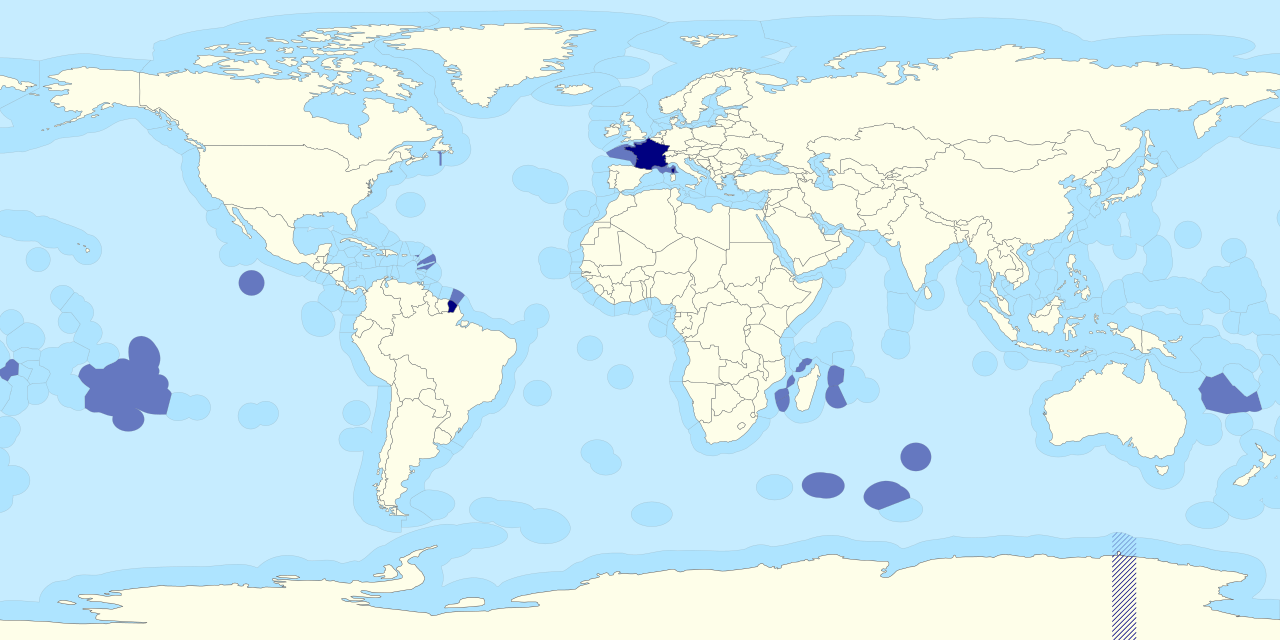 French EEZ, from Wikipedia, by B1mbo

France has sovereignty, citizens, and broader interests at stake in the region, but its military presence remains small and outdated.

Most of the French military’s missions in the Indian and Pacific Oceans look a lot like Coast Guard missions.

Like the US they have vast holdings of EEZ in the Pacific that have been lightly patrolled and are now subject to the effects of Illegal, Unregulated, Unreported fishing. These include territory both East and West of American Samoa.

I would note that during World War II, New Caledonia was a very important logistical hub in the Pacific War. France does not have a lot of military assets in the Pacific, but they do have several strategically placed islands with port facilities and airports.

It looks like there are opportunities here for cooperation and mutual support between the US Coast Guard and French forces.

Previous reports with news effecting French forces in the IndoPacific: