PACIFIC OCEAN (July 30, 2022) U.S. Coast Guard Legend-class cutter USCGC Midgett (WMSL 757) transits the Pacific Ocean during Rim of the Pacific (RIMPAC) 2022. Twenty-six nations, 38 ships, three submarines, more than 170 aircraft and 25,000 personnel are participating in RIMPAC from June 29 to Aug. 4 in and around the Hawaiian Islands and Southern California. The world’s largest international maritime exercise, RIMPAC provides a unique training opportunity while fostering and sustaining cooperative relationships among participants critical to ensuring the safety of sea lanes and security on the world’s oceans. RIMPAC 2022 is the 28th exercise in the series that began in 1971.(U.S. Coast Guard photo by Petty Officer 3rd Class Taylor Bacon)

Only weeks after having completed participation in RIMPAC2022, Honolulu based USCGC Midgett begins a “months-long” deployment in the Western Pacific. 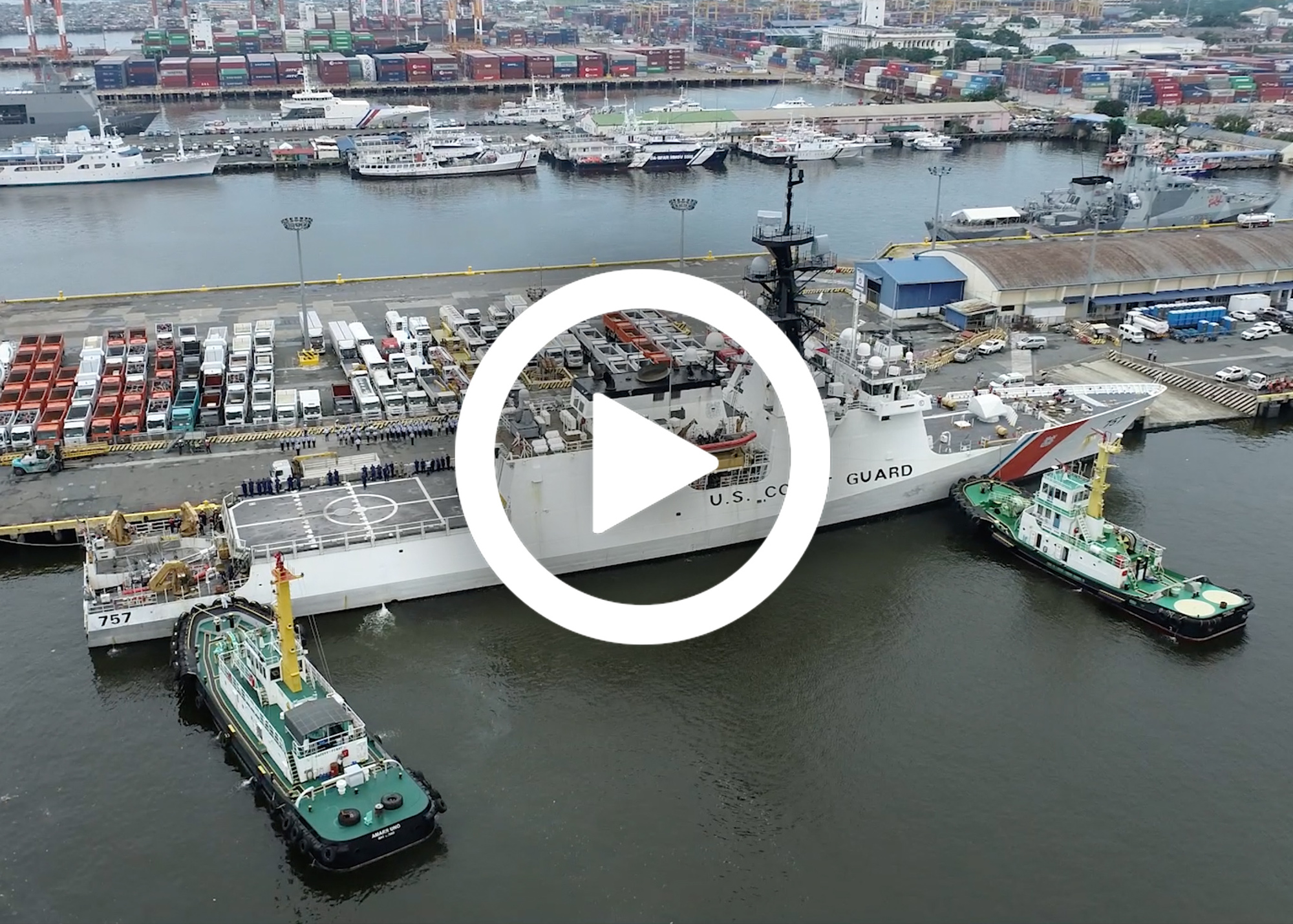 Midgett’s crew will conduct professional exchanges and operate with the Philippine Coast Guard as part of an at-sea search-and-rescue exercise while in Manila, building upon the strong partnership between the two nations.

Midgett is operating in support of United States Indo-Pacific Command, which oversees military operations in the region.

Operating under the tactical control of Commander, U.S. 7th Fleet, the cutter’s crew plans to engage in professional and subject matter expert exchanges with regional partners and allies and will patrol and operate as directed during their Western Pacific deployment.

As both a federal law enforcement agency and a branch of the armed forces, the Coast Guard is uniquely positioned to conduct non-escalatory defense operations and security cooperation in support of combatant commanders on all seven continents. The service routinely provides forces in joint military operations worldwide, including the deployment of cutters, boats, aircraft and deployable specialized forces.

“Engaging with our Philippine Coast Guard partners is truly an honor,” said U.S. Coast Guard Capt. Willie Carmichael, commanding officer of the Midgett. “Together we will continue to build strong relationships and learn from each other. Our deep-rooted partnership will combine the best of both our Coast Guards and the planned search-and-rescue exercise and professional exchanges are a great opportunity for us keep the Indo-Pacific region open and free.”

The U.S. Coast Guard has a 150-year enduring role in the Indo-Pacific. The service’s ongoing deployment of resources to the region directly supports U.S. foreign policy and national security objectives in the Indo-Pacific Strategy and the National Security Strategy.

Commissioned in 2019, Midgett is one of two Coast Guard legend-class national security cutters homeported in Honolulu. National security cutters are 418-feet long, 54-feet wide, and have a 4,600 long-ton displacement. They have a top speed in excess of 28 knots, a range of 12,000 nautical miles, endurance of up to 90 days and can hold a crew of up to 170.

Midgett is the second cutter named after Rear Admiral John Midgett, whose family has a long legacy in the Coast Guard and our services precursor – the U.S. Life Saving Service.