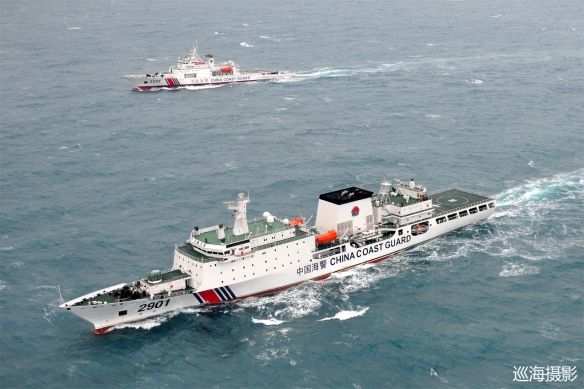 This Chinese People’s Liberation Army Daily post concerning use of deadly force, linked here, may be particularly interesting for its call out of the US Coast Guard.

Law enforcement on land, sea and in airspace under its own jurisdiction, with the use of weapons on necessary occasions, are the rights granted to sovereign states by international law. The Japan Coast Guard (JCG) also stipulates that lethal weapons can be used when enforcing the law in waters under its own jurisdiction. For the US Coast Guard (USCG), the use of force is even more common, and it is even planning to apply long-arm jurisdiction to China.

Admiral Karl Schultz, Commandant of the USCG, claimed to strengthen deployment in the Asia-Pacific region and participate in security patrols in the waters surrounding China in response to Chinese maritime militia’s declaration of sovereignty in the South China Sea in April last year. Robert O’Brien, US National Security Advisor, announced on October 24 that the USCG would deploy Enhanced Response Cutters in the Western Pacific. . Without providing any evidence, he accused Chinese fishing boats of illegal fishing and claimed that the sovereignty of the United States and its neighbors in the Pacific had thus been threatened.

If they should choose to employ force against one of our cutter in their claimed “Nine Dash Line,” it is likely they would attempt to get several units in at very close range before opening fire, as they did in this engagement.

Chinese depiction of the fighting Battle of Paracels Islands

Next time we send a cutter into this area, it might be a good idea to have a squad of Marines along armed with shoulder fired missile or rocket launchers.

Might also be a good idea to provide a bit of ballistic protection (and here) for our .50 cal. gun crews. Not too difficult because you can buy it on the GSA catalog.

Most China Coast Guard Cutters are not as well armed or as fast as the Bertholfs, but there are exceptions. In all likelihood they would be more interested in causing casualties and chasing us off, than actually sinking a cutter. This is more likely to serve their purpose without getting themselves in a war. Not that I think such an attack would go unanswered, but they, or a mid-level commander, might be foolish enough to think they could get away with it. Still probably better not to have a lone cutter doing “Freedom of Navigation Operations,” although air cover might be sufficient. Really I would like to see an international repudiation of their claims in the form of an multi-national demonstration.

Combinations of CCG cutters with weapons larger than 14.5mm machine guns could be extremely dangerous at close range. Some of those are shown below. 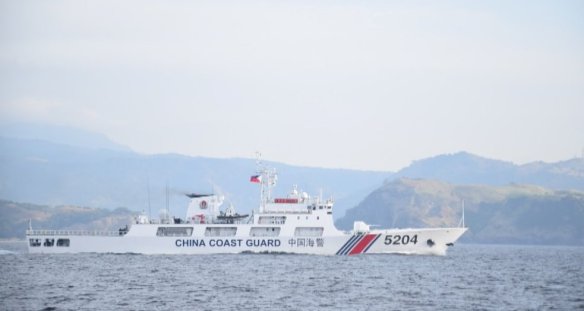 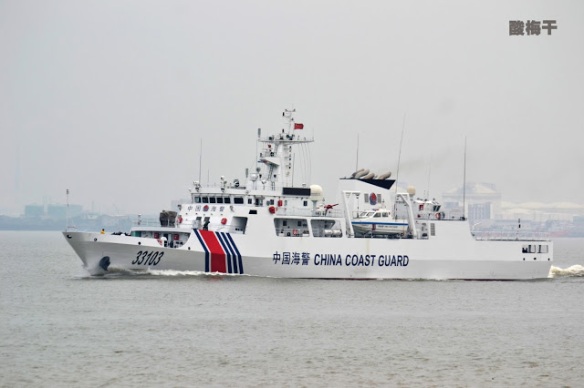 The China CG version of the Type 056 Corvette