Below is a First District news release. This is good news for those hoping to see some new cutters in New England. We have known for a while that Webber class FRCs were going to Boston, but the surprise I see here is, “…$35 million recapitalization of current Coast Guard facilities at Base Boston and acquisition of six new Fast Response Cutters (emphasis applied–Chuck) at a cost of $380 million.”

This follows the pattern we have seen lately of these vessels being clustered, rather than being widely distributed in ones and two.

Base Boston (photo above) must certainly have much to recommend it, but as a high-cost area, it seems likely it will host no large patrol cutters in the future. It was once homeport to several High Endurance Cutters. Until recently, it hosted three WMEC270s, Escanaba, Seneca, and Spencer. All three have since moved to Portsmouth, VA. We already know the Coast Guard plans to base OPCs #5 and #6 in nearby Newport R.I. at the former US Navy base, where there had been no large cutters.

Wikipedia has a good list of Webber class WPCs and their homeports. It does not reflect the addition of two more ship to the program of record, FRCs #65 and #66, in the FY2022 budget, but it does list 64 named vessels and homeports for 50 cutters including two expected to be homeported in Boston, USCGC William Chadwick (WPC-1150) and USCGC Warren Deyampert (WPC-1151), expected to arrive in the second half of 2022. Homeports are not yet identified for 16 ships. Four of those are presumably going to Boston so where are the remaining 12 going? One is each is expected to go to Seward and Sitka. Two will go to Kodiak. That leaves eight. Some may be added to already identified homeports. One of the 50 identified includes the first ship going to St. Petersburg, FL. St. Pete will likely get at least two more. Assuming that is the case that leaves six. We also know that two will go to Astoria, Oregon. That leaves four. The recent addition of two was probably with the intention of stationing them in America Samoa. Two there would only leave two which might go to previously identified homeports, so we may not see any additional homeports added. 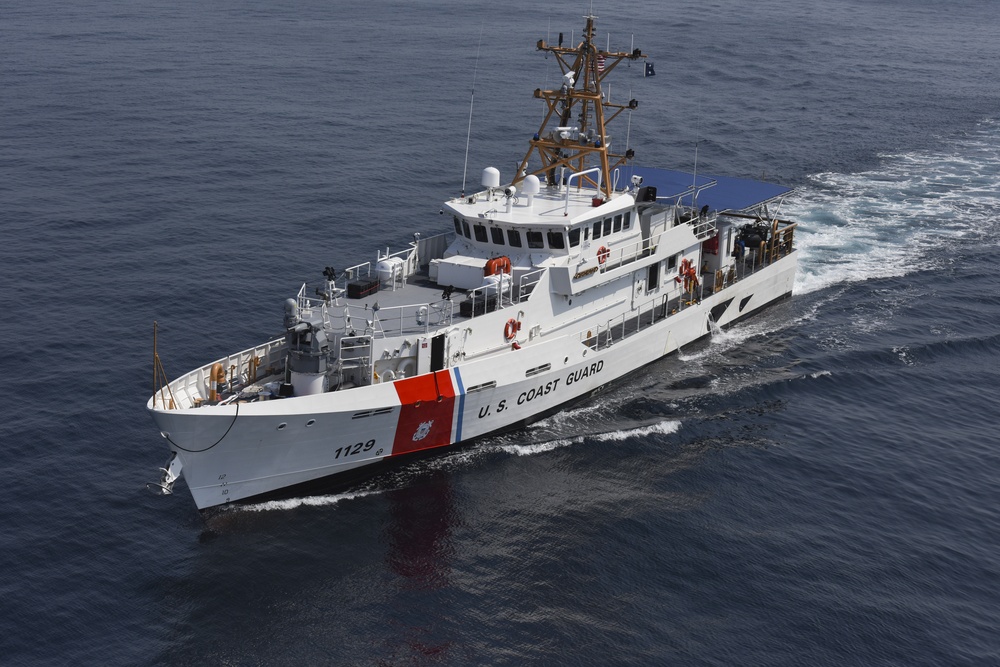 BOSTON —The Coast Guard is scheduled to hold a media event for the Coast Guard Fast Response Cutter Homeport Groundbreaking Ceremony at Base Boston, Thursday.

This ceremony marks the starts of a large Coast Guard investment in the Northeast with a $35 million recapitalization of current Coast Guard facilities at Base Boston and acquisition of six new Fast Response Cutters at a cost of $380 million. The FRCs are the Coast Guard’s newest cutter class replacing the Legacy Island Class Patrol Boats and will operate throughout the Coast Guard’s First District from New York, to the Canadian border.

These cutters are designed for missions including:

In addition, the Coast Guard will increase personnel presence in the area with 222 new Coast Guard members to crew and maintain the cutters. These new crews are expected to have an annual economic impact of $45 million on the local economy.