The 50th fast response cutter, William Chadwick, was delivered to the Coast Guard Aug. 4 2022, in Key West, Florida. It will be homeported in Boston. U.S. Coast Guard photo.

A news release from First District. The big news here is that there will be six FRCs assigned to Boston. Wikipedia had already identified five as going to Boston. (Incidentally the photo in the news release is not of USCGC William Chadwick, it is USCGC Oliver Henry (WPC 1140) arriving in Port Moresby.) 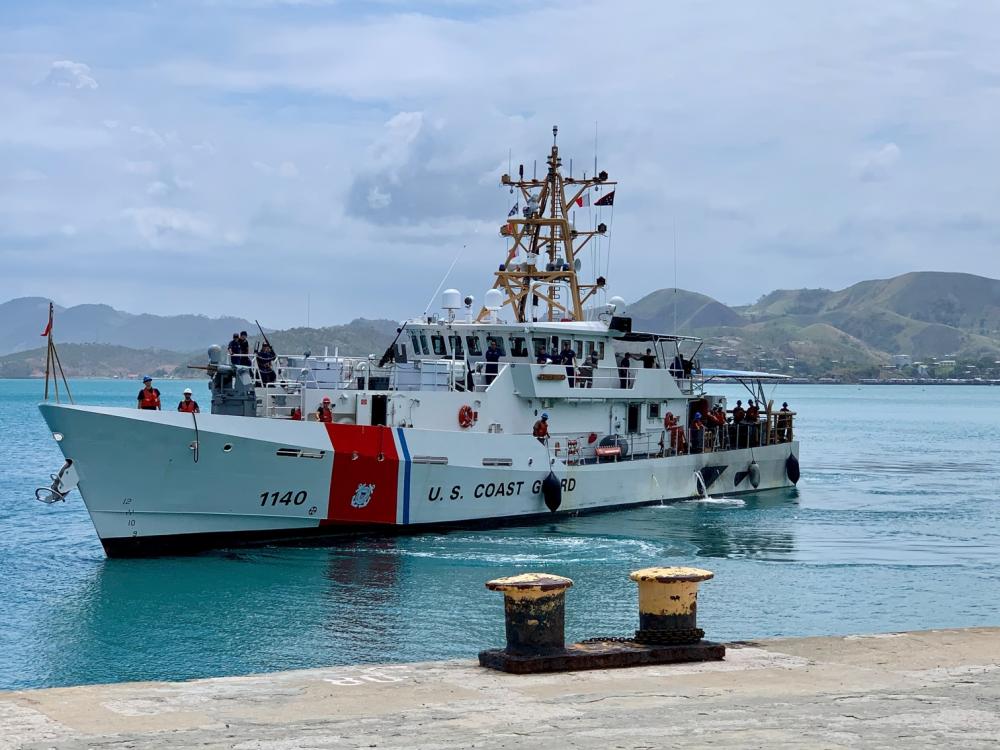 Editors note: Media interested in attending the ship’s arrival are requested to RSVP with d1publicaffairs@uscg.mil no later than 4 p.m. Wednesday.

BOSTON — Coast Guard Cutter William Chadwick (WPC-1150) is scheduled to arrive Thursday following a transit from Key West, Fla. The newly-built William Chadwick was accepted by the Coast Guard on August 4, and will be the first of six Fast Response Cutters homeported in Boston.

The cutter’s arrival will include a water salute from the Boston Fire Department and air escort by an Air Station Cape Cod, Mass., MH-60 Jayhawk crew. Crew families, and Coast Guard personnel will be providing a pier side welcoming party for their arrival.

WHO: Lt. Cmdr. Tyler Kelley, commanding officer of the William Chadwick, along with the ship’s crew.

WHAT: Arrival of USCGC William Chadwick to Boston

The ship’s commissioning ceremony will be held November 10, 2022 at Base Boston.

Born in Dover, New Jersey, the cutter’s namesake was a keeper of the Green Island Lifeboat Station in New Jersey and recipient of the Congressional Gold Lifesaving Medal for his rescue of the crew of the schooner George Taulane on Feb. 3, 1880. Chadwick remained keeper of Green Island Station until his retirement in August 1886.