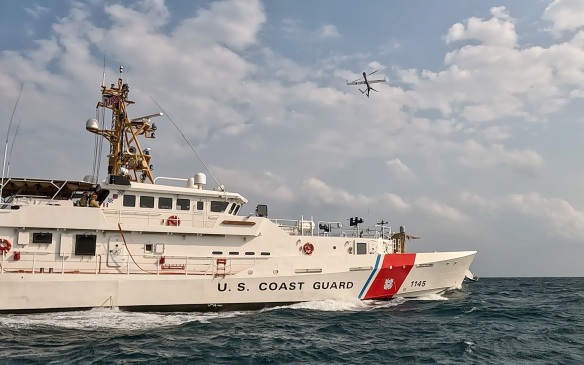 Marine News has an interesting story that discusses both PATFORSWA’s operations using the recently arrived Webber class WPCs and the recent Digital Horizon 2022 exercise. There is also a bit of a tie in between the two in that at least one WPC was operating as part of Task Force 59, the 5th Fleet element charged with operating unmanned systems. We have heard a bit about the exercise before, but the list of participants in the graphic below seems particularly revealing. 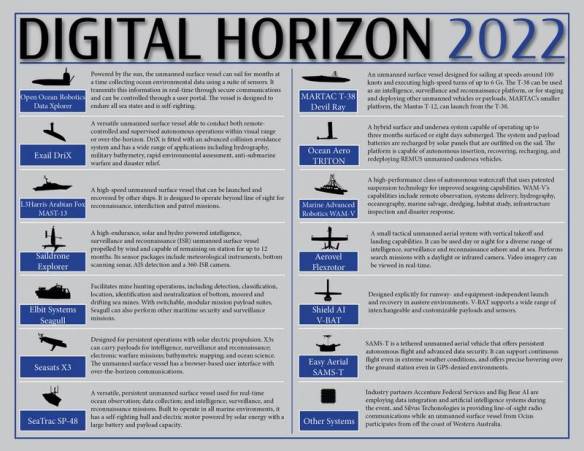