Looking at this little film, it struck me that the technique that was usable in the heaviest seas was that used by the Canadians (12:45-16:20), claiming a capability to Sea State Six, and they were the only ones that chose to run the ship parallel to the seas during recovery, rather than into the waves. This may be a bit counter intuitive, but it means the ship’s pitching is reduced and consequently there is less vertical displacement of the recovering ship’s stern.

As we saw in an earlier study, “The stern ramp availability is driven by sill depth and pitch motions…” In other words pitching is what limits the ability to recover the boat, and the problem becomes progressively worse as the size of the “host” vessel increases because there is a growing difference between the movement of the ship’s stern and the small boat.

I don’t know what our current doctrine is, but steaming parallel to the seas for recovery might be worth consideration if we are not already doing so.

Thanks to Adroth for bringing this to my attention. 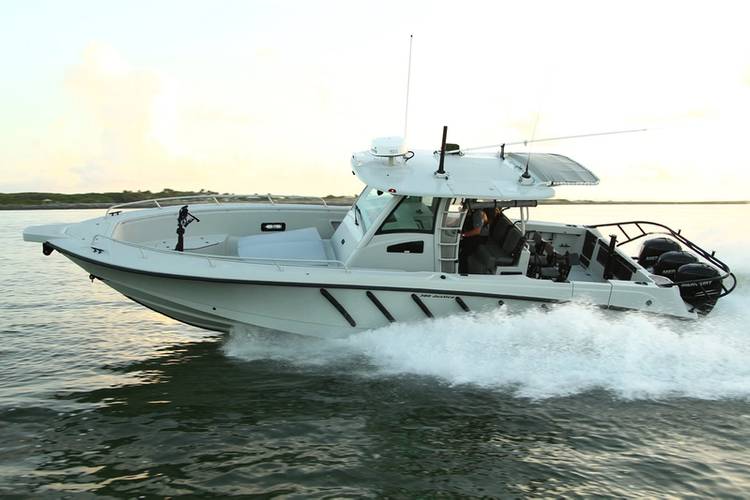 Any one know how these are being used? Gifted to our partner nations?

The two designs will compete for final selection of a winning design that is expected to lead to contracts for up to 500 boats totaling as much as $193.1M.

“The latest iteration of the RB-S will have an approximate length of 25 feet, be capable of at least 40 knots, a minimum range of 150-nautical miles and a crew of four.  The new RB-S will also have a standardized communications and navigation suite as well as an increased emphasis on ergonomics and crew comfort.”