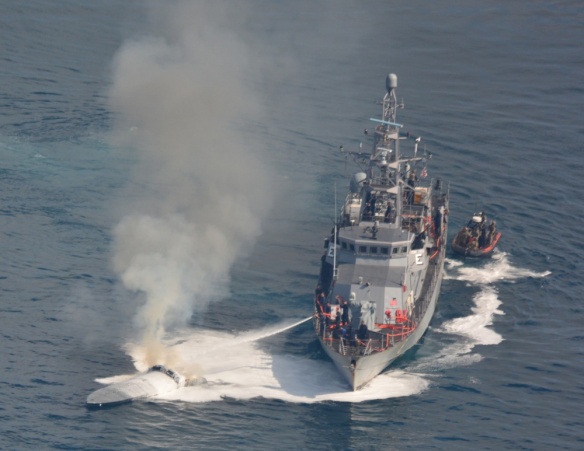 CoastGuardNews reports a drug interdiction incident that occurred in the Eastern Pacific on April 7. I don’t usually talk about individual drug busts, but this was a bit unusual.

The vessel involved wasn’t a cutter, it was a Navy Cyclone class patrol craft, the USS Zephyr (PC-8). Using Navy vessels for drug interdiction has become rare, but that was not what I think makes this significant, it is that the vessel was essentially the same size as the Webber class WPCs (387 tons full load for the Zephyr, after it was lengthened, and 353 tons for the Webber class).

If the Navy can run a PC from Florida to the Eastern Pacific transit zones, so can the Coast Guard.

We don’t have enough large cutters to exploit all the intel we have on the target rich transit zone. Perhaps we could use Webber class.

We have 18 of the class in 7th District, with six each homeported in Miami, Key West, and San Juan.

2 thoughts on “Patrol Craft Drug Interdiction in the Eastern Pacific”