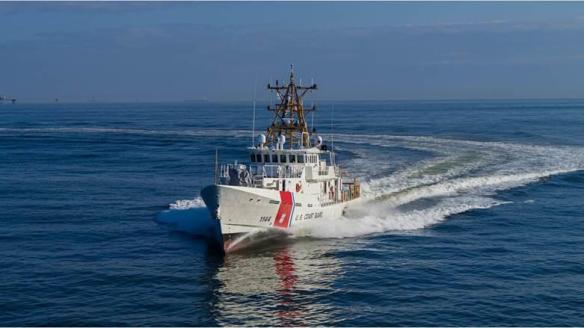 This is just a couple of select paragraphs from a longer Bollinger press release. Good news, apparently no delays expected in delivery of Webber class WPCs.

“LOCKPORT, La., ‐‐ (September 24, 2021) – Bollinger Shipyards LLC (“Bollinger”) today announced that all 11 of its facilities are now open and operational following Hurricane Ida’s landfall last month near Port Fourchon, Louisiana as a powerful Category 4 storm. Bollinger’s facilities in Port Fourchon, Larose, Lockport and Houma suffered significant damage as a result of the storm, which tied with last year’s Hurricane Laura and the Last Island Hurricane of 1856 as the strongest on record in Louisiana.

“In advance of the storm, Bollinger took steps to mitigate potential damages to its facilities and any resulting delays to its production schedules. Despite damages sustained to Bollinger’s Lockport facility, the 650‐man production line for the U.S. Coast Guard Fast Response Cutter program has resumed operations and Bollinger is on track to deliver the next vessel ahead of schedule.”

1 thought on “Despite Hurricane Ida, Bollinger Says On Track to Deliver the Next FRC Ahead of Schedule”