Below is a press release regarding USCGC Thetis’ escort of Fast Response Cutters Emlen Tunnell and Glen Harris across the Atlantic, enroute Bahrain, where they will become part of the PATFORSWA. Contrary to the title on the release, this was not a counter-narcotics deployment. Appropriately enough, they did have a SAR case enroute.

This transit, perhaps to avoid the North Atlantic in Winter, actually crossed the equator, replenishing in Fortaleza, Brazil Dec. 22/23. They apparently stayed only one day, and then sailed NE to Mindelo, Cape Verde arriving Dec. 29, 2021. They were, unfortunately, underway over Christmas. Fortaleza to Mindelo is only 1477 nautical miles, one of the shortest ways to cross the Atlantic. The FRCs should have been able to make the crossing with ample fuel reserves, without refueling from Thetis.

There is no mention of Thetis entering the Mediterranean or doing any “capacity building” anywhere other than Mindelo. Their SAR case was Jan. 4.

I expect we will hear about the arrival of the two WPCs in Bahrain very soon.

Petty Officer 1st Class Jared Phillips speaks with Lt. Mary Mills on the bridge of USCGC Thetis (WMEC 910) in the port of Fortaleza, Brazil, on Dec. 23, 2021. Phillips served as the navigation evaluator while leaving the port and communicated with the cutter’s combat information center through a sound-powered phone. (U.S. Coast Guard photo by Petty Officer 3rd Class John Hightower) 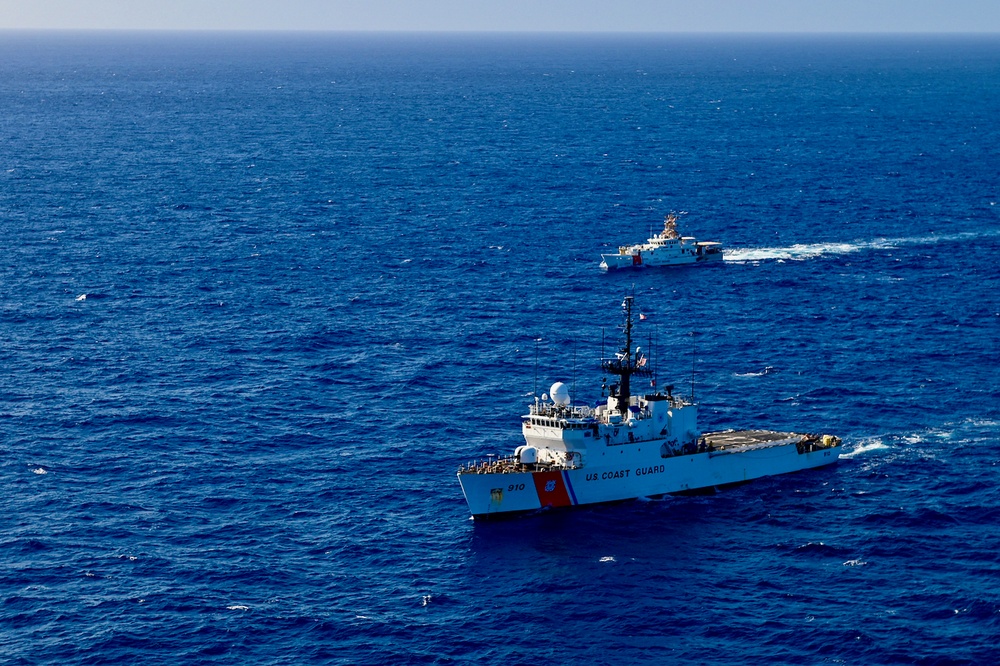 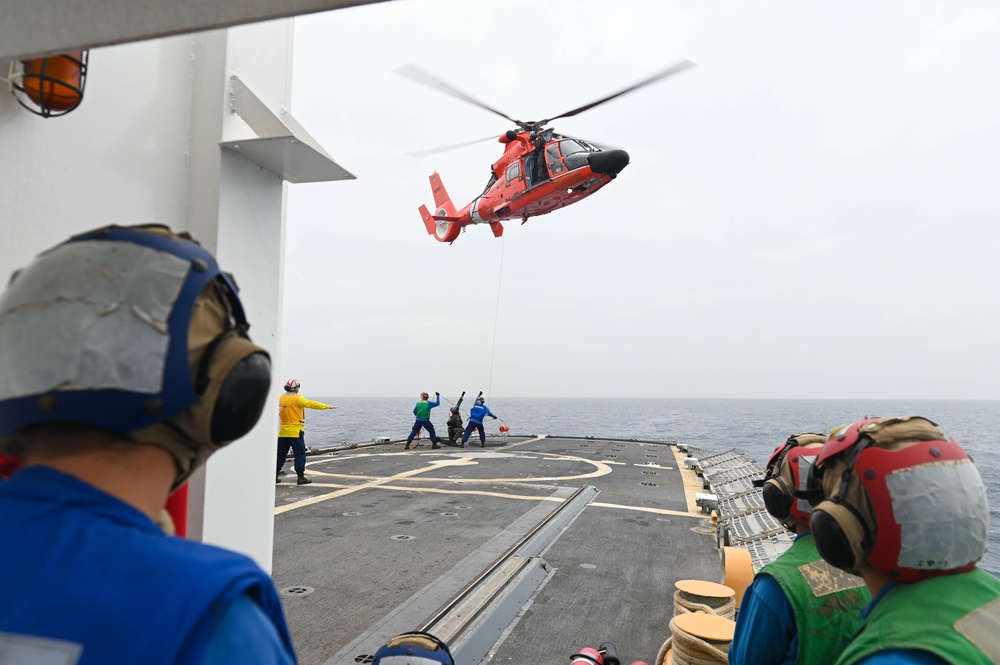 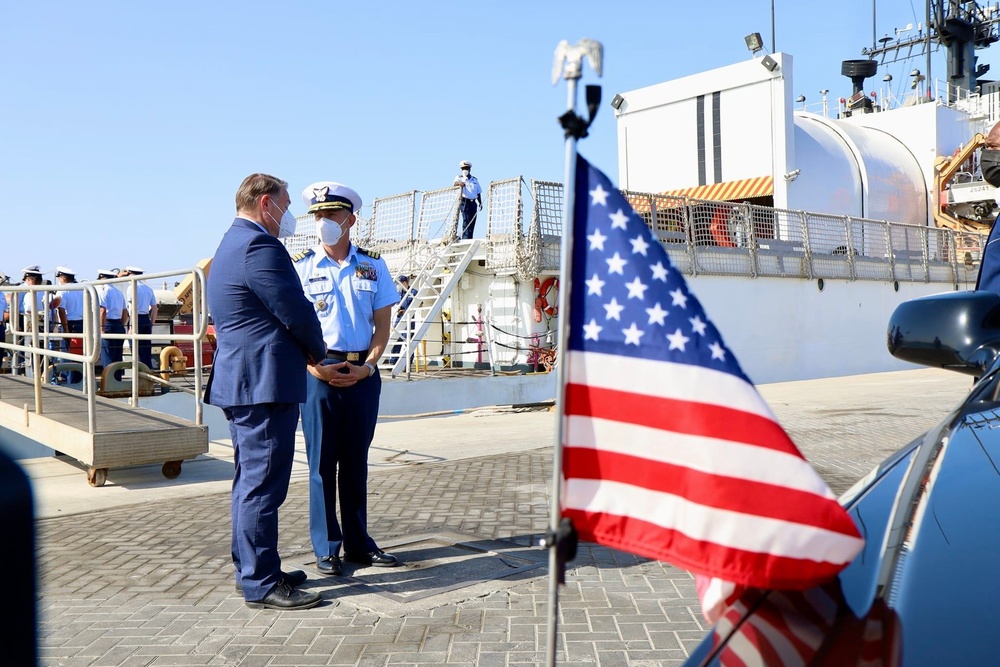 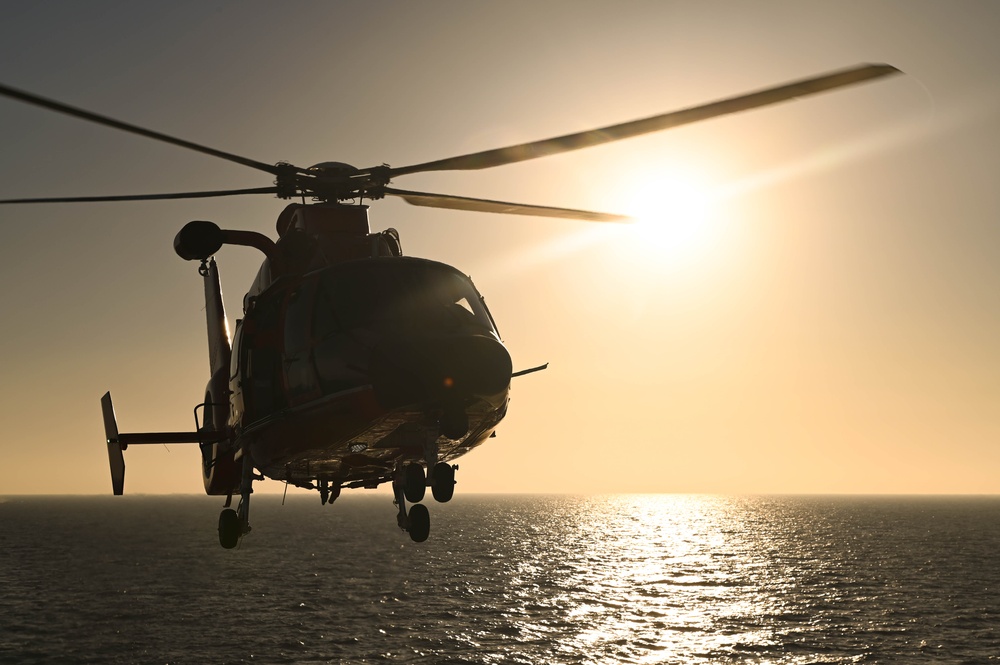 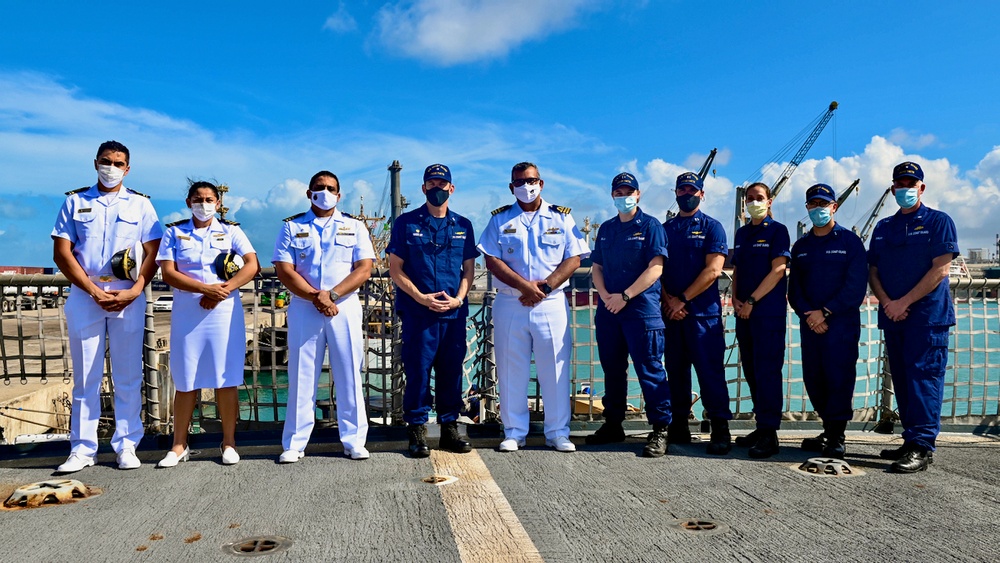 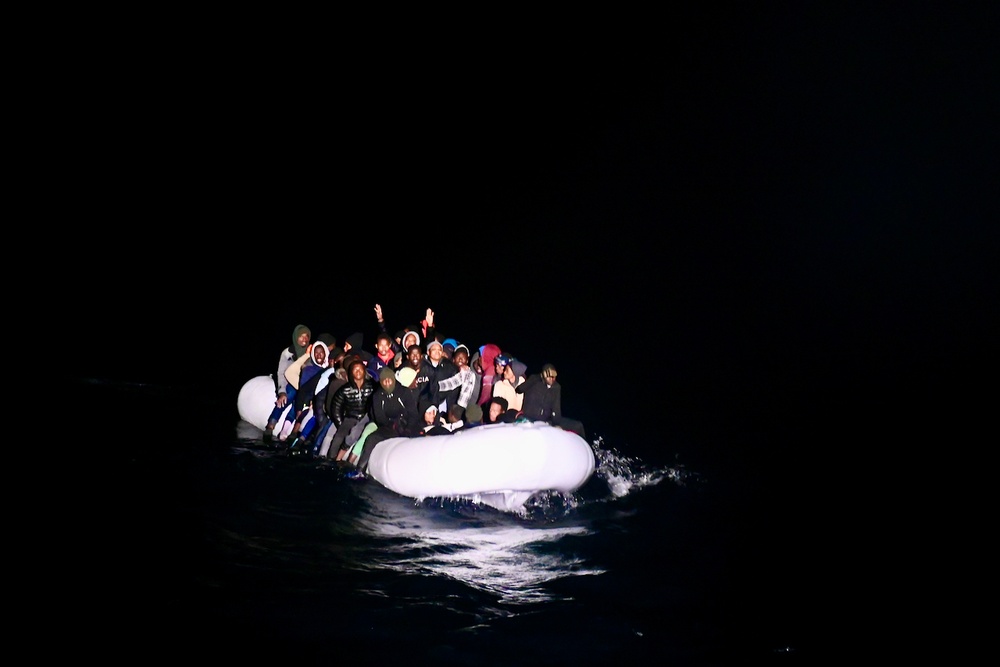 Thetis’ crew worked alongside NATO Allies and interagency partners in the region while transiting in the U.S. Navy’s Sixth Fleet area of responsibility.

During the patrol, Thetis’s crew received a report from Spain’s Las Palmas Rescue Coordination Center of two overloaded migrant rafts taking on water. Thetis, Glen Harris and Emlen Tunnell crews worked together to rescue 103 migrants from overloaded and unseaworthy vessels and recovered two deceased migrants. The rescued individuals were provided food and medical care prior to being transferred to a Royal Moroccan Navy frigate.

“While escorting two new cutters across the Atlantic, we responded to a distress call and quickly transitioned to our service’s core mission of search and rescue,” said Cmdr. Justin Nadolny, the commanding officer of Thetis. “Working alongside a Moroccan ship, we were able to rapidly respond to those in distress. The case reinforced the importance of joint operations and reaffirmed the U.S. Coast Guard’s presence in the region to ensure the safety of life at sea. I am exceedingly proud of our professional and highly capable team. The crew of all three ships showed remarkable vigilance and adaptability. This case highlighted the Coast Guard’s ability to operate worldwide to protect and save those in distress on the ocean, along with our ability to work seamlessly with international partners to accomplish a shared mission.”

Prior to departing Cape Verde, U.S. Ambassador Jeff Daigle visited Thetis. The ambassador’s visit showcased the importance of the maritime partnership between the U.S. and Cape Verde while demonstrating the commitment to the shared goal of global maritime security and stability on the African continent.

Thetis deployed with a MH-65 helicopter and aircrews from Air Station Miami and Houston to increase their capabilities. The aviation detachment and cutter crew worked together to conduct day and night flight operations and practice rescue hoists.

Thetis is the first 270-foot medium endurance cutter to escort fast response cutters across the Atlantic in support of the Coast Guard’s Patrol Forces Southwest Asia mission. These cutters are the third and fourth to be deployed to the region, with the final two scheduled to be delivered to Bahrain in the spring of 2022.

Thetis is a 270-foot Famous-class cutter homeported in Key West with a crew of 104. Its primary missions are counter-drug operations, migrant interdiction, enforcing federal fishery laws and search and rescue in support of U.S. Coast Guard operations throughout the Western Hemisphere.