Below is an Atlantic Area news release reporting the arrival of Cutter Spencer for operations off West Africa. This is getting to be almost routine, and it seems to have become a regular assignment for 270 foot WMECs. As can be seen by these previous reports, Spencer was preceded by Mohawk, Bear, and Thetis.

These operations, as well as those in the Western Pacific and SW Asia, demonstrate a recognition of the Coast Guard’s utility as an instrument of foreign policy and show that smaller cutters can be used in some of these roles, in some cases, reaching ports larger vessels might not be able to enter. 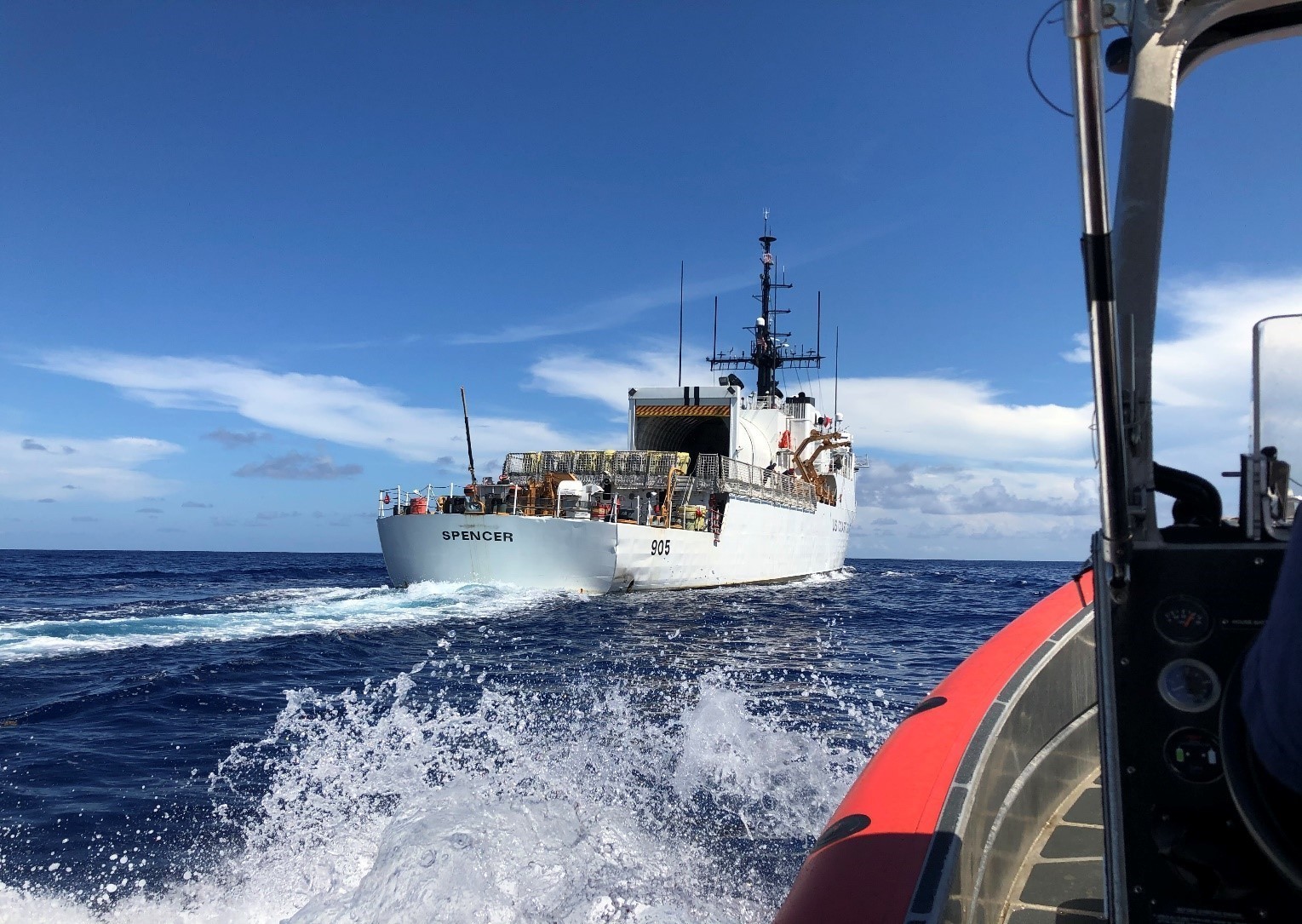 This port visit marks the first stop for Spencer, while employed by U.S. Sixth Fleet in the U.S. Naval Forces Europe and Africa (NAVEUR-NAVAF) area of operations. Spencer’s visit to Praia demonstrates NAVAF and the U.S. Coast Guard’s commitment and longstanding partnership to work with our African partners to counter illicit maritime activity in the Atlantic Ocean. During the port visit, Spencer will embark maritime counterparts from Cabo Verde, Senegal and The Gambia.

“The crew is excited for this unique opportunity, and we look forward to working with our partners to regulate fisheries and combat illegal, unreported, and unregulated fishing,” said Cmdr. Corey Kerns, Spencer’s commanding officer.

The U.S. Coast Guard regularly integrates and operates within the NAVAF area of operations. The U.S. Coast Guard’s authorities and capabilities provide the Joint Force with unique tools that bridge the cooperation-to-conflict continuum.

Cabo Verde is an important partner of the United States in promoting peace and security in Africa. In December 2022, the U.S. and Cabo Verde signed a memorandum of understanding for defense cooperation between the two countries, which will focus on continuing to counter illicit maritime activities through security cooperation. Later this month, Cabo Verde will participate in the NAVAF-led exercise Obangame Express 2022, the largest annual maritime security exercise in Western Africa. These types of exercises strengthen partnerships and allow countries to work more closely on shared transnational maritime challenges.

“The U.S. Embassy in Praia proudly welcomes the arrival of U.S. Coast Guard Cutter Spencer to Cabo Verde.  This ship visit is yet another example of the growing cooperation between U.S. and Cabo Verdean maritime forces, which is improving safety and security for our two nations and the entire region,” said Jeff Daigle, U.S. Ambassador to Cabo Verde.

The U.S. shares a common interest with African partner nations in ensuring security, safety, and freedom of navigation on the waters surrounding the continent, because these waters are critical for Africa’s prosperity and access to global markets.

In April 2022, as part of the African Maritime Law Enforcement Partnership (AMLEP), the U.S. and African maritime forces, led by Cabo Verde, worked in coordination with the Maritime Analysis and Operations Centre – Narcotics (MAOC-N), the International Police (INTERPOL), and Cabo Verde’s national Maritime Operations Center (COSMAR) to conduct a compliant boarding of a fishing vessel, which led to the seizure of approximately 6,000 kilograms of suspected cocaine with an estimated street value of more than $350 million.

The Famous-class medium endurance cutters support the U.S. Coast Guard’s maritime law enforcement and search and rescue missions. These cutters are capable of supporting flight operations with either a MH-65 Dolphin or a MH-60 Jayhawk.

For over 80 years, U.S. Naval Forces Europe-U.S. Naval Forces Africa (NAVEUR-NAVAF) has forged strategic relationships with allies and partners, leveraging a foundation of shared values to preserve security and stability.