After publishing my initial post about this stabilized gun mounting system, a comment from Secundius provided much better, more detailed photos of the system and gave me the manufacturer’s name, FlexForce. The FlexForce website told me they were headquartered in Portland, Oregon, and that the system is available on GSA schedule.

Their “News” page indicates the mount will be at the Work Boat Show in New Orleans,Booth 3877 aboard Lake Assault Custom Boats FP-M boat (33 foot US Navy Force Protection, Medium) December 1-3. If this becomes a standard USN system, it would make it more readily available, perhaps at Navy expense.

Below is their data sheet for maritime applications. The Coast Guard obviously knows about this mount. The first photo below is obviously of the system mounted on a Webber class WPC.

There is another better photo of the mount on a Webber class here and a photo of it mounted on a Coast Guard 25 foot boat here.

The Coast Guard has been looking for ways to make their weapons more accurate for some time. Unfortunately some of the links are broken, but I did this report back in 2014. Back in 2017, when I was able to do a tour of the Bailey Barco, the gunners mate told me they had done some weapons testing with Navy and Marine as well as Coast Guard observers aboard.

The Electro-Optic options should also help with targeting, especially at night. The remote option essentially makes this a remote weapon station meaning the operator need not be an obvious target. Significantly FlexForce claims the system is effective against UAS.

Hopefully this system or something like it will start showing up on Coast Guard cutters, most immediately those assigned to PATFORSWA.

(I wonder if it might be possible to mount the Fletcher APKWS launcher on this (with the remote option)? 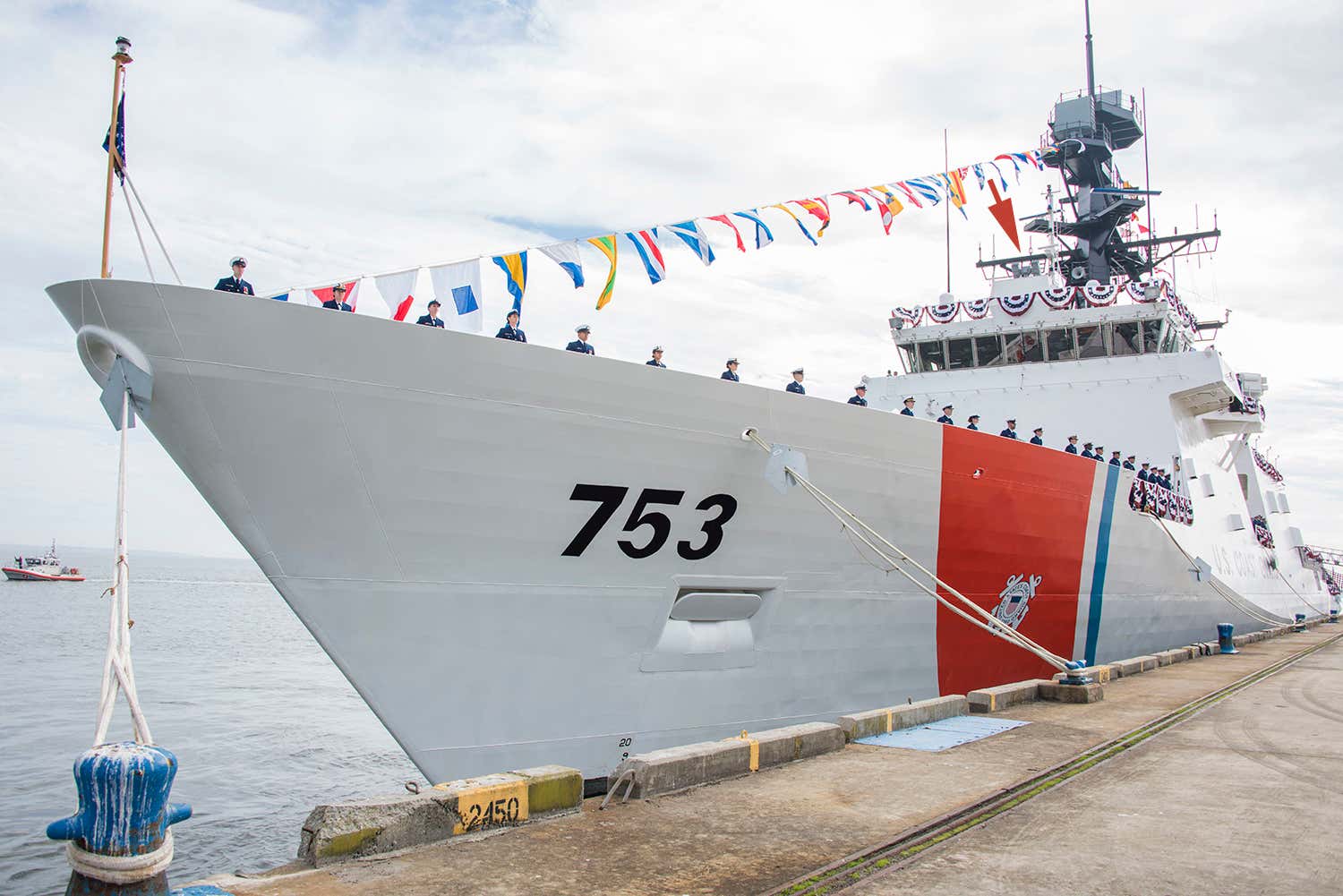 USCGC Hamilton with its EOSS (Electro Optic Sensor System) atop its bridge.

The Drive/The War Zone has a post regarding the Mk20 Mod1 Electro Optic Sensor System (EOSS) that is equipping National Security Cutters and Offshore Patrol Cutters in addition to the Navy’s newest destroyers and the new FFG. The post is in the form of an interview with a company rep.

We have talked about this system before here.

For such an inconspicuous system, it looks to be extremely useful. Other than using it as a firecontrol for ASuW and AAW, this system can be used for:

These will definitely be used on the Offshore Patrol Cutter. The earlier Mk20 Mod0 version was in the Draft Technical Package back in 2012.