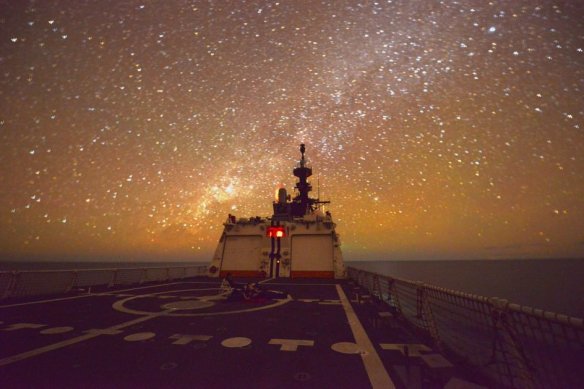 The US Naval Institute News Service is reporting,

KUALA LUMPUR – The U.S. Coast Guard will increase its presence and deployments to Asia – particularly around Oceania and U.S. Pacific territories – and test out a new operational deployment concept in the region, service head Adm. Karl Schultz told reporters on Thursday.

We have been seeing this happening. The Coast Guard has begun spending more time in and around the Western Pacific, particularly around US Western Pacific territories and Oceania.

The reference to use of a buoy tender as a mothership to support patrol craft operations looks like a test to see how useful the proposed basing of three Webber class cutters in Guam might be.

The Commandant suggested that the tender might partner with Australian, New Zealand, or Japanese vessels as well. He promised,

““In the face of coercive and antagonistic behavior, the United States Coast Guard offers transparent engagement and partnership,…”

There is no reason this should not work, hopefully it will lead to similar multi-unit operations in the Eastern Pacific drug transit areas where the Webber class could augment larger cutters.