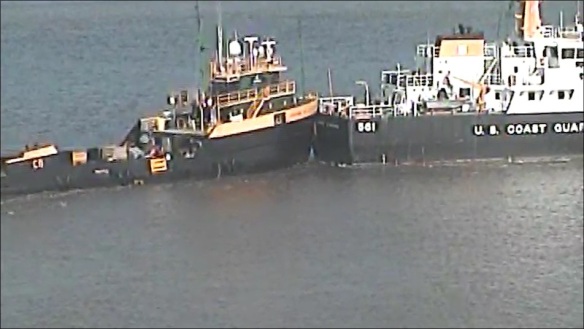 gCaptain reports the results of an NTSB investigation into collisions (yes two) between an offshore supply vessel and USCGC Harry Claiborne (WLM-561) that resulted in injuries to three Coast Guardsmen and provides a link to the 15 page report.

Spoiler alert, primary fault lies primarily with the OSV skipper, but the cutter was not totally blameless.

New Orleans, LA (Jan. 26, 2013)–A photo of the CGC Harry Claiborne (WLM 561). The Claiborne was in New Orleans for a port call while on its way to its new homeport of Galveston, Texas. USCG photo by PA2 Mark Mackowiak 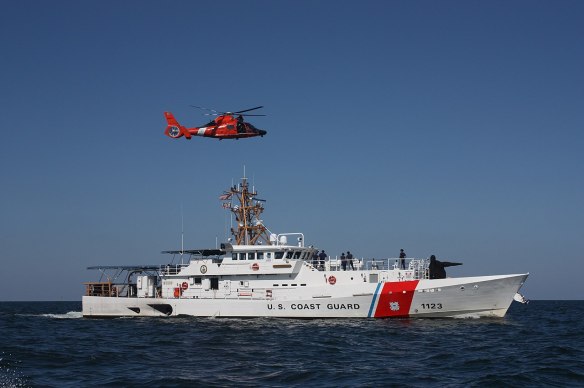 The Tampa Bay Times reports a fire on USCGC Benjamin Dailey, Friday night, December 10, while in dry dock. The cutter is based in Pascagoula, MS. It reportedly took 45 minutes to bring the fire under control.

Thanks to Long Boat John for bringing this to my attention. 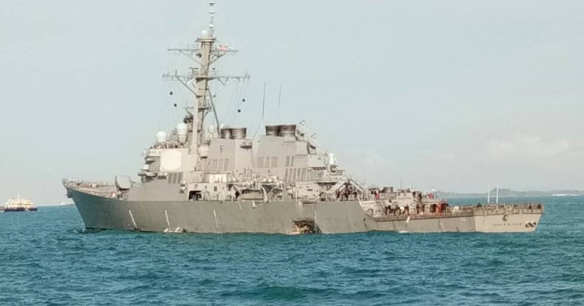 The US Naval Institute reports the Navy is acknowledging that they have too often let training slip, particularly among those ships forward deployed to Japan.

The Navy has been largely unable to say no to missions it’s been tasked to do in the Pacific despite not having dedicated training time or keeping up with required certifications, the chief of naval operations said in a Tuesday Senate Armed Services Committee, highlighting the bad confluence of high-demand, low resources and a “can-do attitude” within the service.

I suspect much of the Navy’s overworking of their personnel is self-inflicted. Why?–Take a look at how much the Navy is underway as I will explain below.

We have all made those reports that apparently served no purpose; well intentioned reports that should have been limited to a specific period to answer a specific question; programs that are well intentioned but relatively unimportant that just crowd out what should be priority work. Even the Navy’s certification program may be unrealistically onerous. They may not have support, facilities, or funding, particularly those based in Japan, but at least I think they have time if they could get rid of the unnecessary.

How much is the Navy underway?

The USNI also provides a weekly update entitled “USNI News Fleet and Marine Tracker” (https://news.usni.org/?s=USNI+News+Fleet+and+Marine+Tracker). Having looked at the last eleven weeks, less than a third (31%) of the Navy’s 276 “Battle Force” ships (including 58 MSC ships) are underway at any one time ranging from 81 to 90 ships (average 85.9). They do have a bit over a third of their ships are “deployed” (36.5%, 100.6 on average) but only 65.5% of those are underway. Ships that are not “deployed” are only underway 11.7% of the time.

The Coast Guard has historically used 185 days away from homeport criteria as a reasonable upper bound for scheduling ships, but that of course does not translate into mission days. It may include logistic stops, time in other ports, or even maintenance in a shipyard in a city other than the homeport. Congress has asked us to use another metric to measure availability. Perhaps percent of time underway is a good measure. Undoubtably it would be less than 50%, but I suspect we compare favorably with the Navy in percentage of time actually underway. We probably should make an effort to use the same criteria the Navy does. 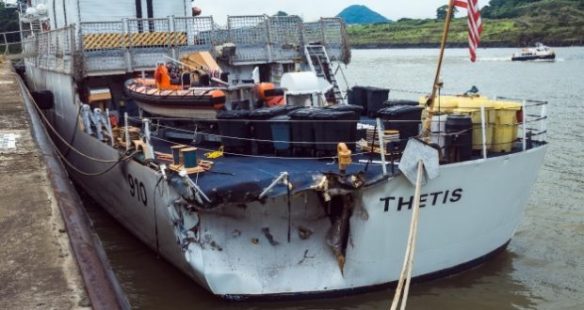 USCGC Thetis damage sustained in a collision in the Panama Canal 0111 local, 2 June 2016

The Cutter Thetis (WMEC-910) was hit in the stern by a barge being pushed by a tug, while transiting the Panama Canal, 2 June 2016. The channel was about 270 yards wide at the site of the collision. Thetis was ahead slow at about 4-4.5 knots. The tug and barge combination was full ahead doing 10.5-11 knots. Its radar was off because “he had clear forward visibility.” The captain of the tug never saw the Thetis until after the collision.

The tug was clearly at fault, but the NTSB also found that “Thetis did not maintain a sufficient and proper lookout.”

Mostly Thetis was doing everything right, but they only had one lookout and he was unable to see traffic over a wide sector astern and to port. A longer sound powered telephone cord that would have allowed the lookout to move to the port side might have made a difference.

Thetis had watches on AIS and on radar on the bridge and CIC, but attempts to mitigate or prevent the collision came to late. There was also no mention of sounding the danger signal.

Some times it is missing the basics that come back to bite you.

Since the accident, the Coast Guard cutter Thetis has implemented the following changes:

I might add you don’t have to be in “long transits in restricted waters” for someone to come up your ass. Check your GQ watch bill as well.

Thanks to Bryant’s Maritime Blog for bringing this to my attention.

Thought this little bit of news might be worth passing on, particularly since we will be seeing water cannon on the OPC.

gCaptain reports one man was killed and three more injured during a test of firefighting gear on an Offshore Support Vessel.

The incident occurred in Brazil. 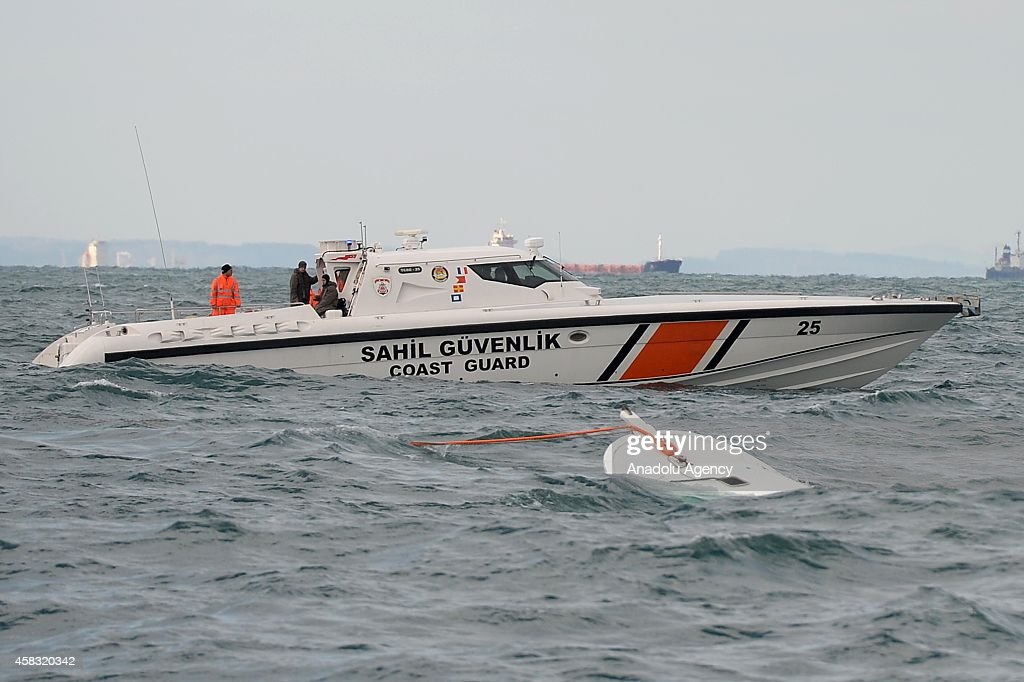 A later report indicates there are three dead.

In a separate incident, a Turkish Coast Guardsman was killed and a fisherman injured when they attempted to tow a life raft with two bodies aboard near the Syrian boarder.